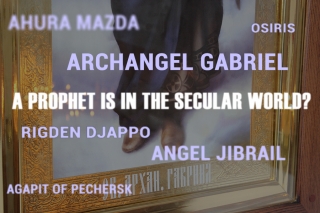 This video was made promptly after the interview with Igor Danilov on 07.09.2015 in the program “The Meaning of Life: Immortality”. Before the video was finished, the AllatRa TV camera crew declared in social media they hadn’t deliberately done anything that would provoke an additional light effect and flashes around Igor Danilov’s head. Isn’t this really Bodhisattva’s aura recorded on digital medium?