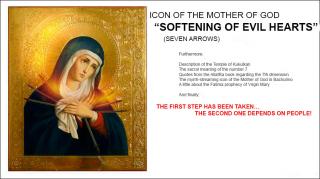 Once again we recur to the topic of ancient architecture such as temple buildings and pyramids, because for us it is obvious they were built by rather highly spiritual beings, in special places, in compliance with geometrical proportions and, most importantly, for a determined purpose. By no means, such objects were constructed by savages or wild indigenes for any terrible sacrificial offerings, as official historians endeavour to impose on us. Let us again state the historians’ opinion in this case dances to somebody’s tune which sounds as follows: “Don’t ask any additional questions, for everything is totally clear.” But it’s not quite clear either to everyone or to us. Therefore, in our publications we will continue examining strange, mysterious buildings with a surely sacral meaning that are located nearly on all continents of the globe. At that, unlike many other seekers of the truth, we shall rely on the Primordial Knowledge brought to the world by Bodhisattva Rigden Djappo. We are confident that either we ourselves or our followers will once manage to unravel these age-old mysteries. In the meantime, let’s take a closer look at the Temple of Kukulkan.