Search by tag •Poem of the Sufi Way• 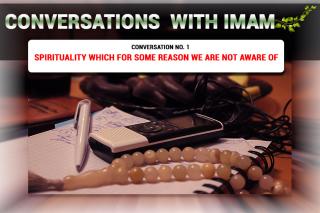 Conversations with Imam. First one:” The spirituality about which we, for some reason, do not know”.

We start the series of articles "Conversations with Imam," and in order to avoid speculations we will immediately make a reservation, a person who gives an interview is not Mahdi! In our opinion, strictly speaking, it does not really matter who he is and what is much more important is the essence of the information provided, but it is, just believe me, is worthy of attention of every searching, spiritually cognizing and reasonable person. Even the first of the planned meetings has brought us a lot of unexpected revelations and awareness in the issues concerning the real spirituality. But not the one which is well-known to all of us through the orthodox religion, theosophy, esoteric, and new-fangled "New Age", based on stereotypes of consciousness, magical ritualism, sacred and book dogmatics, for which, unfortunately, very few people are able to discern the true plan of the Almighty and the right course in motion to Him.  Finally, despite the fact that the misconception about the relationship between " a man and God" has been inculcated and kept up in the society for ages, which is confirmed by the full of tragic lines a chronicle of civilization, we humbly and consistently will try to consider and express that new, or rather well-forgotten old introduced Primordial Knowledge. Due to this Knowledge, everyone, without exception, can understand the essence of what is happening around and save the most valuable, which is one's Soul.
We hope that all the readers will find in these conversations a lot of cognitive information