Familiarizing myself with information about Angkor Wat on the web, I discovered almost same things written everywhere; simply speaking, the information was taken from a single source, though many do not refer to that source, as if they wrote it themselves. I will use the same source, but will also indicate the primary source not mentioned by many. The primary source is the book Heaven’s Mirror: Quest for the Lost Civilization by Graham Hancock and Santha Faiia. A connection between Angkor and the sky was ascertained by John Grigsby who cooperated with Hancock in 1996. I refer to the primary source, so that everyone who desires could get to know more detailed information on the subject, while I shall only cite extracts and give some comments.

Consequences of the Primordial Knowledge distortion. An example from the past. The Aztecs

In view of the recently published precedents of the Primordial Knowledge distortions (link) in the works of our contemporaries, we thought it would be interesting and edifying to give an example from a not-so-remote past in the history of a no longer existing nation that became globally notorious for their deeds. Let’s talk about the Aztecs.

In the very beginning of Heaven’s Mirror Graham Hancock gives an excellent description of the outcome achieved by the Aztecs some 500 years ago as a result of distortion and misinterpretation of the Knowledge which all of us, the contemporary humanity, are given in the AllatRa book. I am sure there are many more of such examples in the history of bipeds living on this beautiful planet, calling themselves humans, yet surpassing any wild beast by their cruelty. 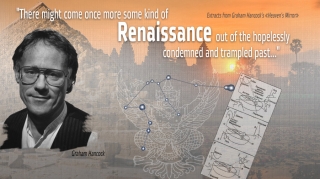