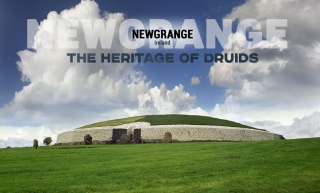 Newgrange: the heritage of Druids

Even today the purpose of megaliths – huge cult structures of antiquity, erected in all parts of the globe – remains a riddle for contemporary science. Such grandiose buildings still amaze researchers and ordinary people by the new facts indicating that millennia ago humanity was much more educated than we are in our age of “high” technology.