Truly, there is nothing concealed in the world, which would not be disclosed sooner or later, for manuscripts don’t burn. So, we continue debunking one of the most impudent historical myths relating to the name of     Mary Magdalene who’s been defamed by the Christian Church. Recently, it’s become very important for us to elucidate this subject, because Rigden Djappo himself gives high praise to Mary Magdalene and her “great feat” (which we will surely refer to later on). And such his attitude is supported by the information contained in Sensei of Shambala (Book IV), where a totally unknown story of this mysterious and charming lady is described. The Primordial Knowledge section contains detailed contents of the aforesaid literary work, so precious in our opinion. 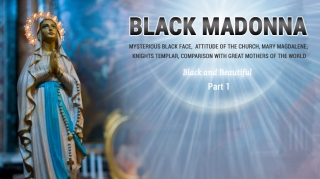 Having equipped ourselves with a camera, my friends and I went to explore local cultural heritage sites. Luckily, Barcelona as one of the centres of Templar activities in the Middle Ages is full of architectural riches, so we had an opportunity with our own eyes to see signs and symbols that we had previously seen mostly in books.

However, what we saw there surpassed all our expectations. Local signs and symbols carefully and accurately placed by Knowledgeable people centuries ago still wait for an attentive eye to notice them. Like guiding stars, they are ready to show the road to those who can orient themselves by them. The AllatRa book became an indispensable compass for us in such doing. 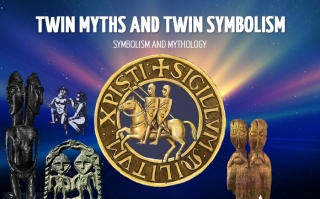