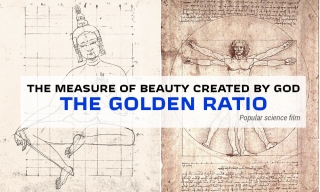 The Star. The Golden Ratio article series has drawn a wide response among both website readers and the authors of articles who participate in development of our online project. Therefore, we view it appropriate to post the Golden Ratio: the Measure of Beauty Created by God documentary here. First and foremost, this video will logically continue the golden ratio topic and, secondly, it will help readers to understand where the omnipresent golden ratio is present in nature and what it is in reality. As a matter of fact, the entire universe is physically based on the golden proportion, which directly indicates a clear interconnection of all living things on the planet Earth.