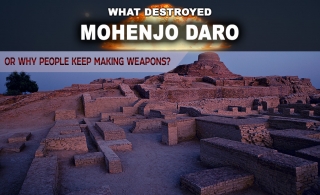 Mohenjo Daro (literally the Mound of the Dead Men) was a city in the ancient Indus Valley Civilization that emerged around 2600 BC. A relevant archaeological site is located in the current province of Sindh, Pakistan. It’s the largest ancient city of the Indus Valley Civilization, and one of the world’s earliest urban settlements in the history of South Asia, contemporaneous to the civilizations of ancient Egypt and Mesopotamia. Archaeologists first attended Mohenjo Daro in 1911. Regular excavations were carried out between 1922 and 1931. John Marshall who was in charge of the British expedition noted the “identity” of Mohenjo Daro finds with those from Harappa discovered 400 km upstream the Indus River. Later major series of excavations were conducted in 1950 and 1964, but the American expedition activity in 1964-1965 was terminated due to weathering damage to the exposed structures. In 1980 Mohenjo Daro was designated an UNESCO World Heritage Site. Mohenjo Daro perimeter reaches five kilometres. The city area is divided into blocks (“islands”) of the same size (384 metres from the north to the south and 228 metres from the west to the east). Each block is in turn “cut” by straight or curved streets.