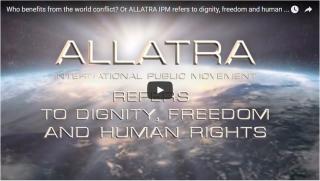 Shocking news! A documentary entitled Who Benefits from the World Conflict? Or ALLATRA IPM Refers to Dignity, Freedom and Human Rights, recently released on YouTube, exposes shameless actions of Ukrainian journalists from Espreso TV, Channel 24 and 2+2. Scandalous program episodes slandering the AllatRa International Public Movement were released in late February on the said three TV channels almost at the same time. The way the information was presented, the uniform style of plots and the general program trend signify a single thing: this is a coarse, insolent, deceitful made-to-order paid campaign the purpose of which is to compromise the good name and reputation of the famous unique volunteer movement.