In quest of... Quetzalcoatl, Kukulkan, the Feathered Serpent... Part One

The 11th century AD, the remote time which nobody has particularly noted and which seems to be deservedly consigned to oblivion in history. What could be so interesting in such a distant past for contemporary humanity? Questionable events or inaccurate chronology? As a matter of fact why would anyone delve into what has vanished long ago? It’s hard to dispute with such arguments, especially today when there is a clear understanding of the value of the here-and-now point in human life. Nonetheless, there is a big BUT about this, and our inquisitive mind armed with the Primordial Knowledge endeavours to stand us in good stead and find interesting elements in historical records which, if linked together, unexpectedly reveal a striking picture for us. So, what are we actually talking about? In our subsequent publications we will tell you about the wave or even a whole tsunami of spiritual renascence that rolled around the planet in a marvellous and incomprehensible way. Although our finds represent just a weak hypothesis so far and we don’t claim them to be anything more significant, this is still a very exciting journey that for many people will hopefully become a pleasant surprise capable of inspiring, reassuring, and strengthening them on the spiritual path. 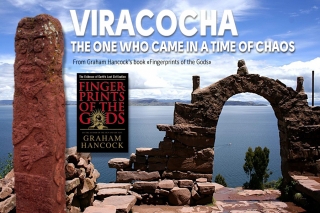