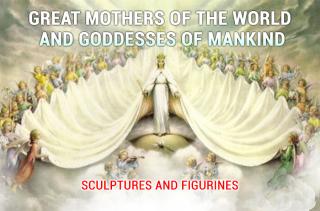 Having “accidentally” discovered an online collection of images of archaeological artefacts (statuettes and sculptures) devoted to female deities – Mothers of the World, we experienced another culture shock. Based on the primary source it can be concluded the materials were collected by Kulturologia.ru project to whom we express our sincere gratitude. They have brought together an enormous number of facts confirming that in all times, starting from deep antiquity and almost until today, famous and honoured women and female images (also called goddesses) were depicted in various cultures, civilizations and ages, in particular erected of stone, wood or plaster, in frescoes, paintings or bas-reliefs.