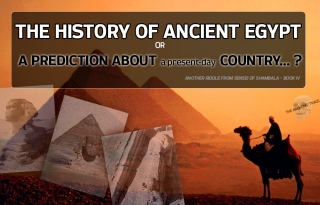 Is this bygone history or a prediction that is coming true nowadays? Perhaps, it is even both, since centuries and millennia pass, while people remain the same, and fooling and enslaving methods don’t change either. The Archons continue leaving their bloody traces of ruin and millions of crushed destinies after themselves. At that, only a few can discern and understand what is happening, concluding that nothing in the human history occurs spontaneously and accidentally.