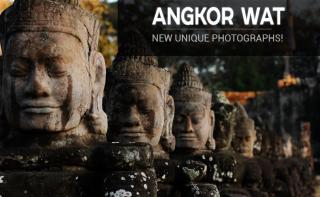 And the great Angkor again! After publication of the sensational article The revealed secrets of Angkor and Giza plateau – the pendulum of Orion and Dragon we continued the subject in Angkor Wat. Architecture, frescoes and sacral numbers 7 and 72, while in this new article we present a unique opportunity for our readers to look into the mysterious and marvellous world of Angkor Wat ancient architecture, to peer at mythology images and intricate scenes depicted on frescoes and bas-relief friezes of the truly unique and one of the largest ever created temple complexes, the construction of which was taking place for over three hundred years. Those people who have already familiarized themselves with the Primordial Knowledge brought to the world by Bodhisattva Rigden Djappo will certainly have an advantage over ordinary viewers, since, looking at the images in the light of the Knowledge, they will be able to “read” and decipher certain sacral motives and symbols graven in stone for ages. We’ve especially numbered the images for those who will wish to share their opinions and interpretations in the comment section. For such people the matchless scope of the Angkor Wat idea is, first and foremost, an indicator of the very high level of Khmer people’s spiritual culture and proximity to God. And for all the rest it will be apparently a mere exotic rarity and implementation of somebody’s megalomania. Well, everyone errs to the extent of their ignorance. 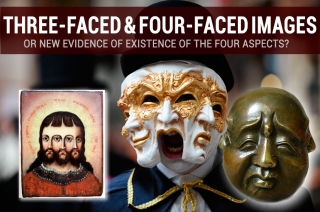