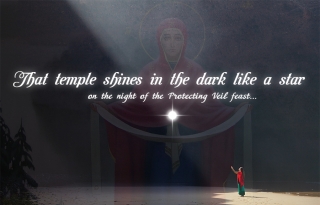 That temple shines in the dark like a star. On the night of the Protecting Veil feast...

The star has risen. I see its light even through leaden puffs of low-level clouds. The evening star signifying the coming of the great triumph... The Protecting Veil of the Most Holy Mother of God... Such tenderness, such boundless joy is ringing in the air... Breath helplessly fades, being unable to utter even a slightest word of admiration for your purest beauty, Our Lady… Wonderment in silence… 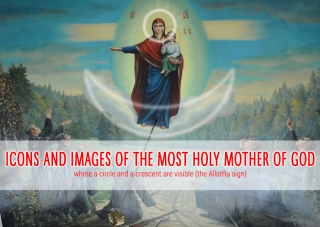