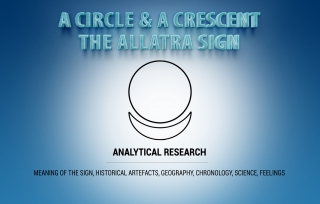 The AllatRa sign. A circle and a crescent. Analytical research

In view of the recent events relating to some people’s concern about the emergence of a peculiar sign – a circle and a crescent (under the circle) – in the streets of Slavic cities (though for justice’ sake let’s note the sign first appeared on city billboards a couple of years ago and has always been there since that time as this post vividly demonstrates), we would still like to carry out an impartial analytical research of the nature of this phenomenal image, its origin, meaning and informational content. By the way, our intention to look into the issue in more detail appeared quite a while ago, but we have been postponing this work due to its complexity, because any more or less serious research first and foremost presupposes collection and analysis of a considerable stratum of information, which takes a lot of time and effort. Yet, now such material has become very topical, and so I’ll do my best to put down certain interesting points.

How God manifests Himself 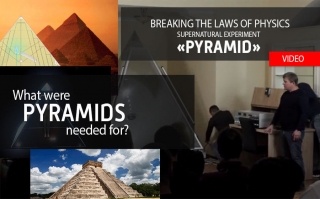