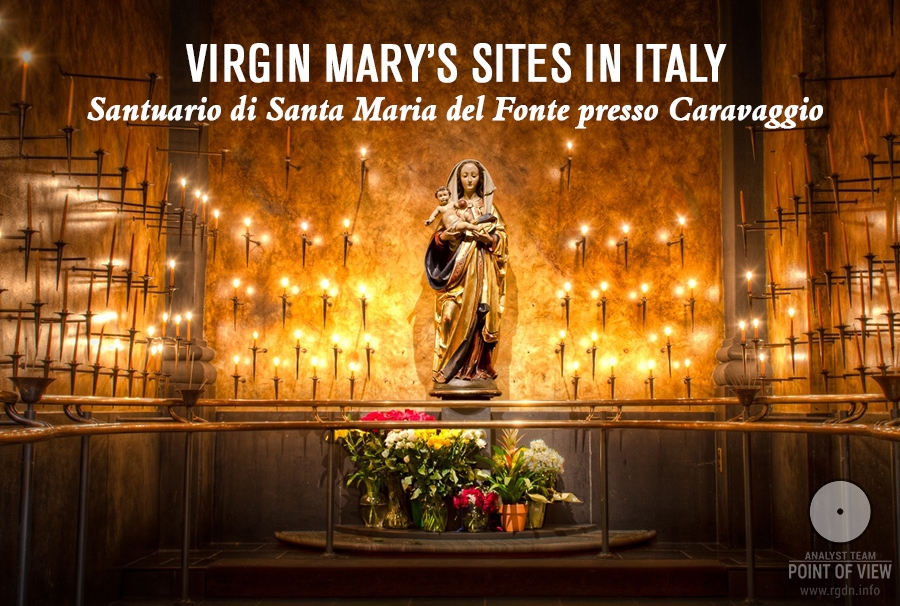 Let’s talk about a church dedicated to Her apparition and called Santuario di Santa Maria del Fonte presso Caravaggio. The apparition in Caravaggio is the most significant miracle in the region of Lombardy. Caravaggio is a small Lombard town famous for two things – the Marian apparition and the artist Michelangelo Merisi who became world-renowned by his pseudonym Caravaggio. Michelangelo Merisi was born not in Caravaggio as many people think, but in Milan, though he had a common story with the town. Santa Maria del Fonte is a rather impressive building created by the prominent architect Pellegrino Tibaldi. 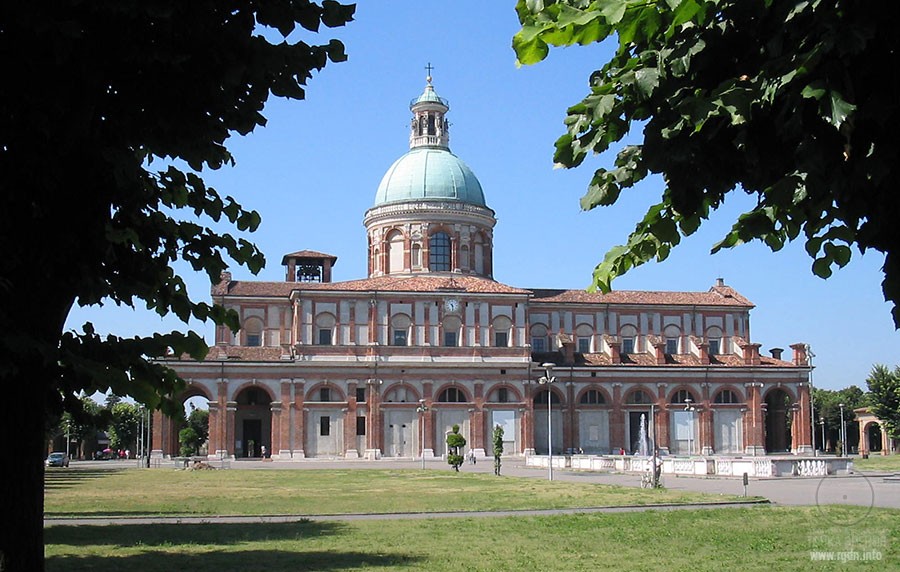 Virgin Mary’s colours are blue and white, like the sky with clouds. Marvellous fragrance of roses and lilies always accompanies Her apparitions.

Mary! Our Love and salvation!
You are the conductor of the feminine principle,
The Beloved Apostle of Christ,
All this is due to Your Love and Simplicity!
You once left all earthly things
And entered the Heavenly Abode,
But because of Great Love You condescend to us!
We pray to You and set our hopes on You,
With Your help we will save our Soul! 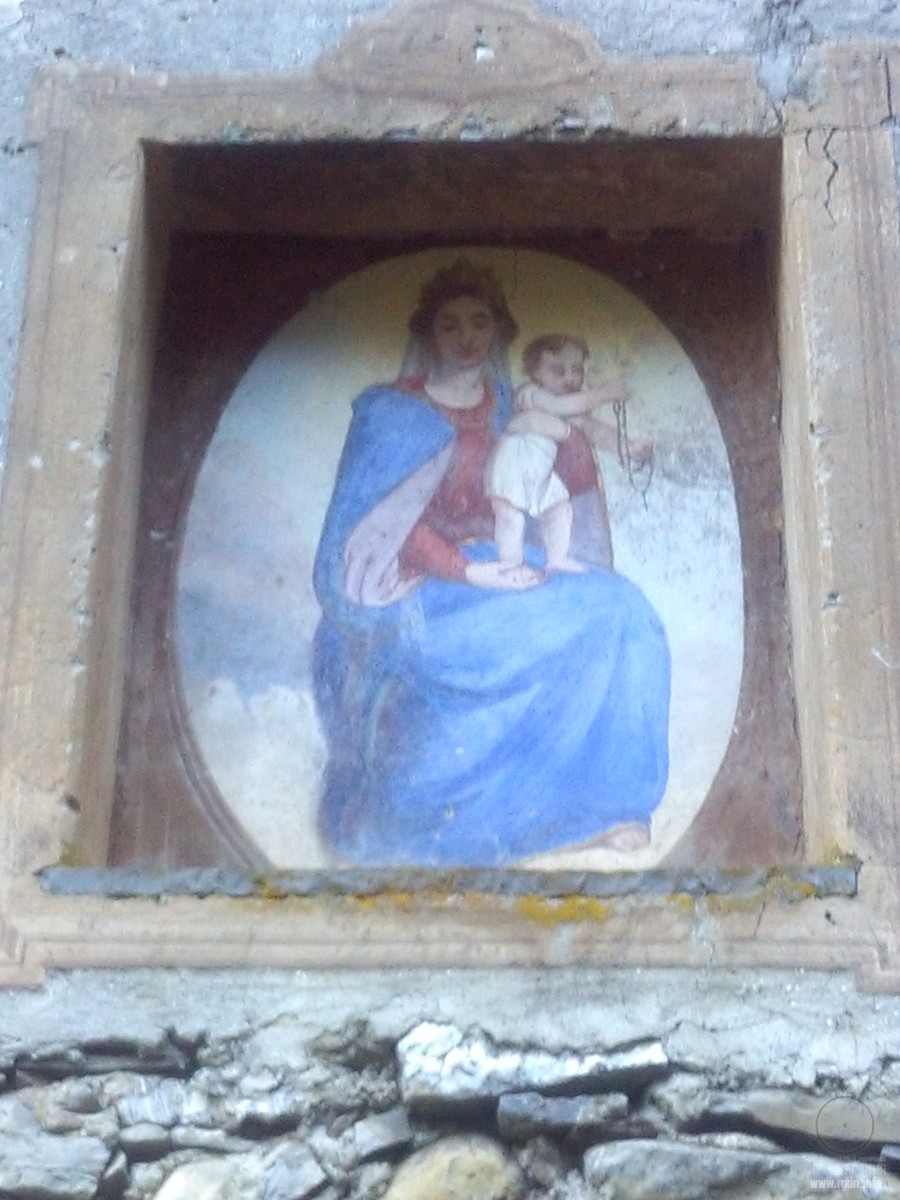 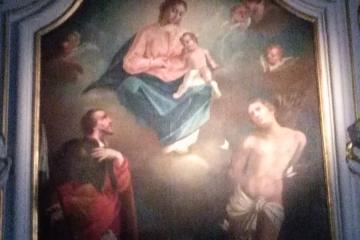 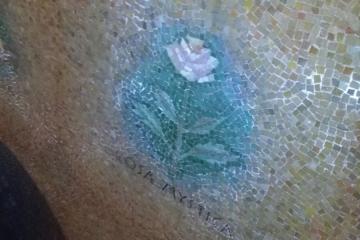 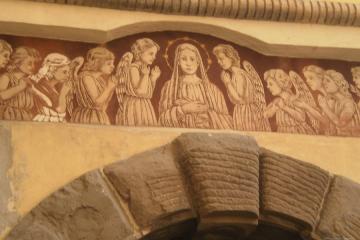 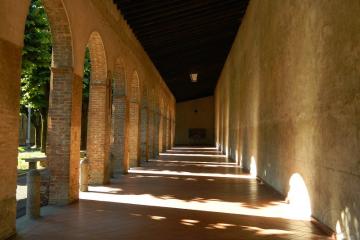 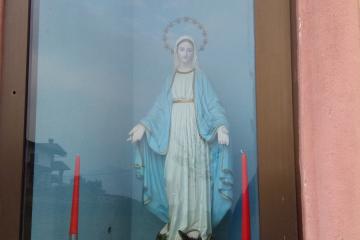 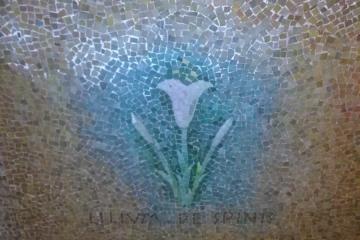 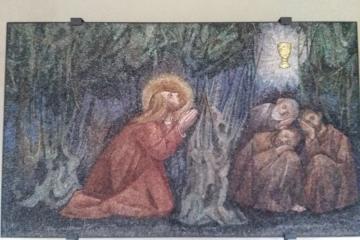 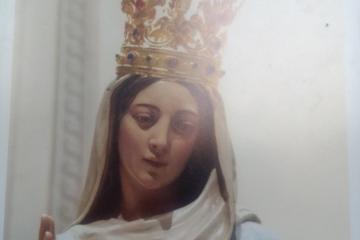 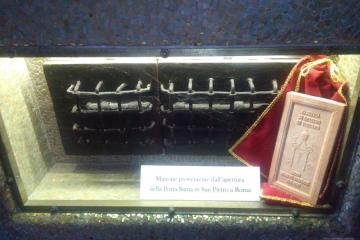 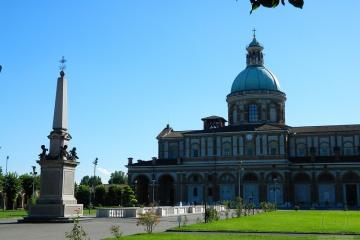 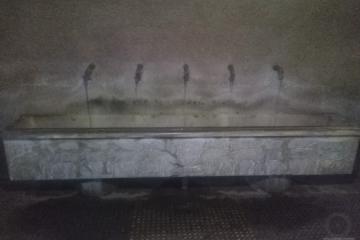 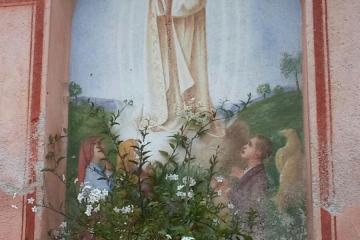 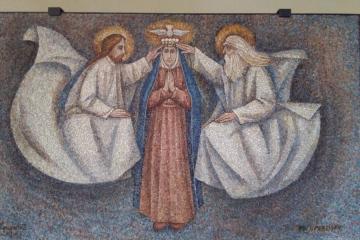 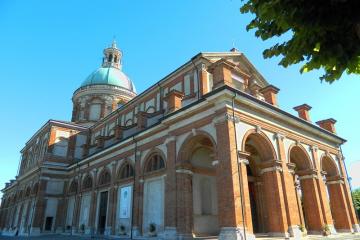 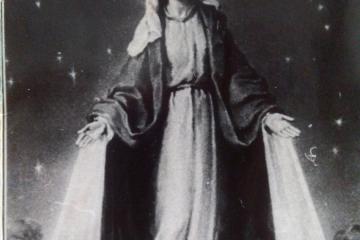 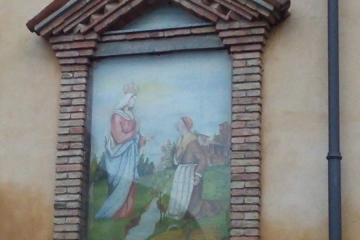 The apparition took place on 26 May 1432 near Caravaggio. It was a true miracle. At 5 p.m., a peasant named Giovannette Varoli was returning home to feed cattle. Everybody knew her in the town; she was a 32-year-old daughter of Pietr Vaccli and wife of Francesco Varoli, a pious, kind and faithful woman. Suddenly she saw a tall stately beautiful lady in a blue dress and a white headscarf covering her light brown hair.

Staggered by the vision, the peasant grasped who was in front of her and exclaimed: “Virgin Mary!” The lady responded: “Don’t be afraid, for it is really me. Stop and kneel to pray.” Giovannette was not simply busy, but rather burdened with taking care of cattle, for it was in 1432, the hard times when even children tirelessly worked. “My Lady, I don’t have time, I’m in such a hurry. I have to feed cattle,” she said, but the Blessed Virgin addressed her again: “Now you will do what I expect from you.” With these words she put her hand on the shoulder of the peasant for whom the earthly was more important than the heavenly and made her kneel:

“Listen attentively and memorize. I want you to tell everybody...” tears streamed down the Virgin’s face. “My almighty Son wanted to destroy the earth because of human sins, for people keep spreading evil and fall further down every day. But for seven years I’ve been pleading for His mercy and forgiveness of human deeds. Tell everybody they need to keep the fast on Fridays in honour of my Son and rejoice of being faithful to me on Saturdays after the vespers. May they devote this day to me as gratitude for the grace given by the Lord through my mediation.”

Dumbfounded, Giovannette exclaimed: “People won’t believe me!” The Holy Virgin responded: “Rise and don’t be afraid! Tell everyone what I’ve just told you. I will support your words with great signs, so that nobody could doubt they are true.” Having said that, she crossed the peasant and disappeared.

Giovannette ran to Caravaggio and told everybody about Our Lady’s miraculous apparition. People started attending the place and later on discovered a spring there, which no one had ever seen before. Many sick people came to it and got healed after praying, becoming free from sufferings and diseases. The spring still exists; it starts under the sanctuary (right in the place where Virgin Mary appeared as legend says) and flows to the church outer wall and to a special fountain inside the sanctuary.

Pilgrims and believers immediately started attending this place, and it became necessary to build a chapel and a hospital there. In 1516 there were already records of the chapel beauty and the attention of Pope Leo X to the site, though major construction began in 1575, in the times of famous Carlo Borromeo. He loved to do everything thoroughly and involved one of the most talented architects of that time Pellegrino Tibaldi. However, construction was protracted and lasted from the late 16th century through the first decades of the 18th century with pauses and project amendments, though Tibaldi’s original idea was adhered to. The building came out impressive and large-scale: walls of 22 metres in height and a huge dome hovering 64 metres above the ground. The sanctuary perimeter is surrounded by high galleries with wide arcs, while between the church and the obelisk (installed in memory of miracles performed at the site) a fountain streams from the spring by which the abode was named – Santa Maria del Fonte.

The altar created by Filippo Savarra who was inspired by Michelangelo’s artworks is particularly beautiful. Marvellous elements are also the big organ, the fretted cathedra and the massive doors that I couldn’t take my eyes off. Every detail is executed extremely elaborately, with great love and skilfulness. Lombardy did its best to get up the place of the most famous Marian apparition properly and make it memorable for pilgrims. By the way, one of the pilgrims was Pope John Paul II who visited Caravaggio in 1992. Who knows, perhaps he begged for the Great Woman’s forgiveness of what Peter had once committed?! It’s not that important though, for She has already forgiven Peter, and he is now at the Paradise gate with the keys. The main and most important thing is that ordinary people reach God through this sanctuary!!!

There are rumours that during the 2nd World War local dwellers hid from fascists under the fountain all silver adornments with precious stones, which had been brought here since 1432 as gratitude to Mary (the adornments are now exhibited along the corridor). Fascists were looking for silver and other jewels, but local dwellers didn’t give away the hiding place even under pain of death. Many of them martyrly ended their earthly way, not having betrayed the memory of Mary. The area was bombed, but not a single shell hit the basilica and the spring. 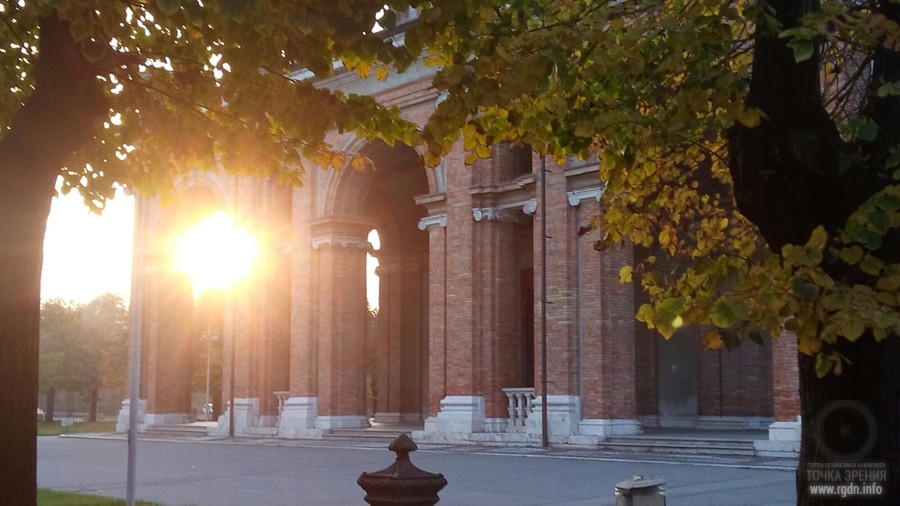 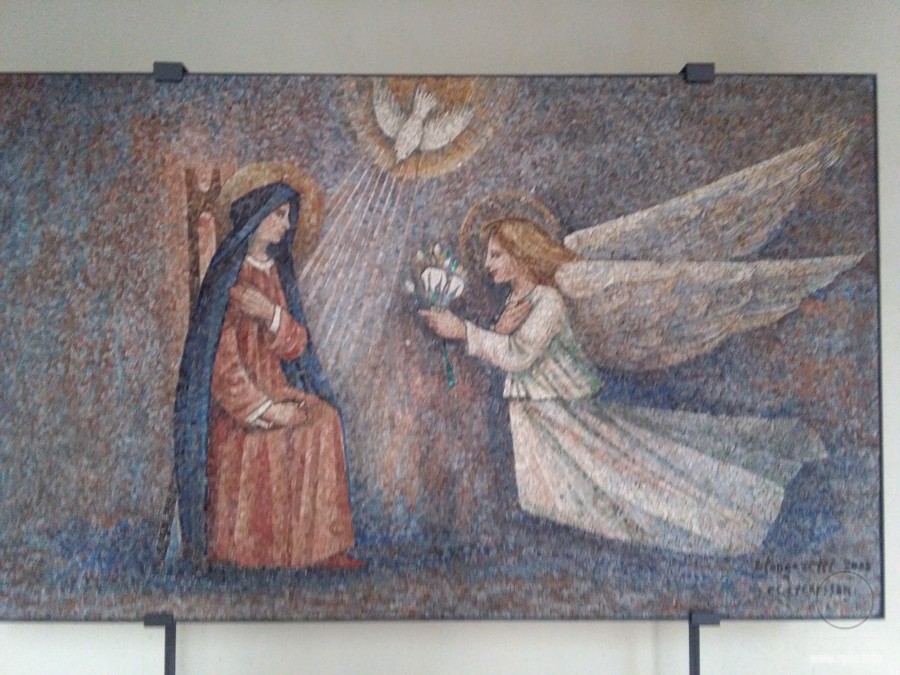 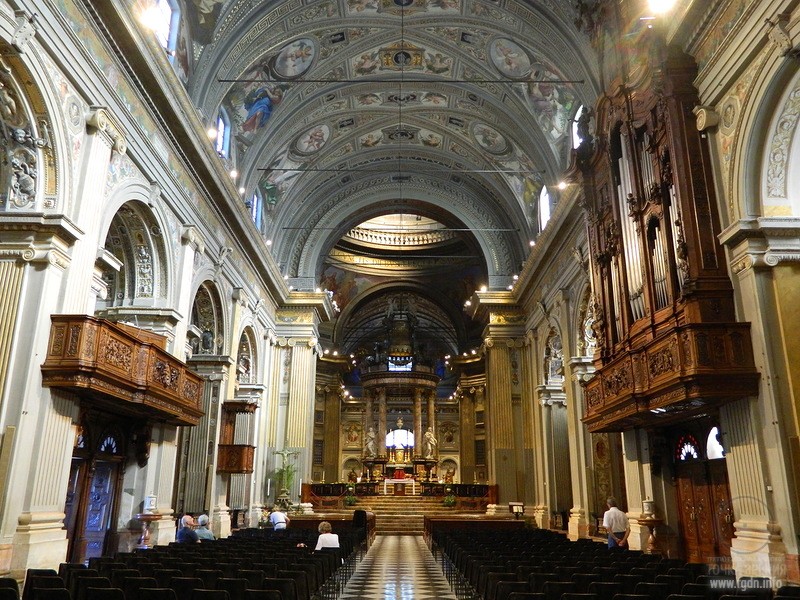 In conclusion let me wish all readers peace, Love and return Home! Mary waits for everyone with outstretched arms, radiating Love, cordiality, care and kindness, spreading around the fragrance of roses, lilies and lotus! 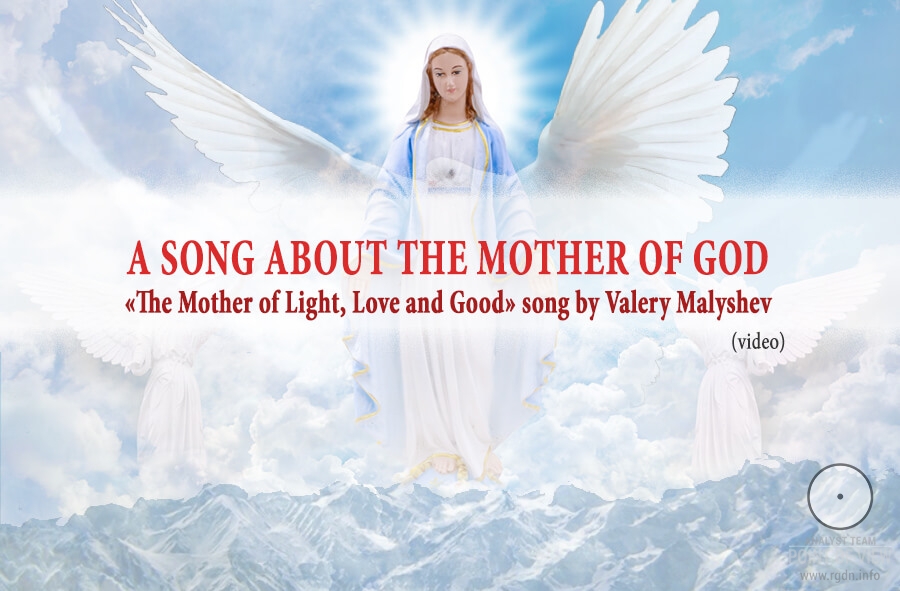 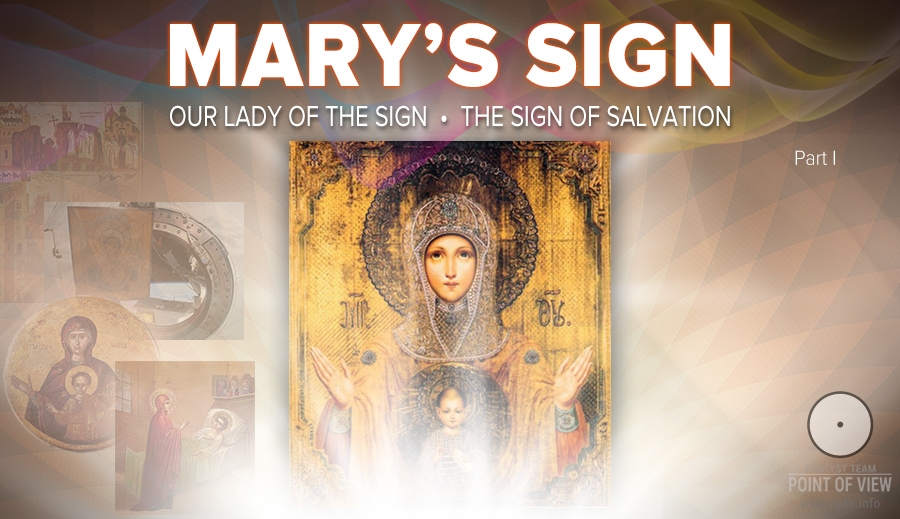 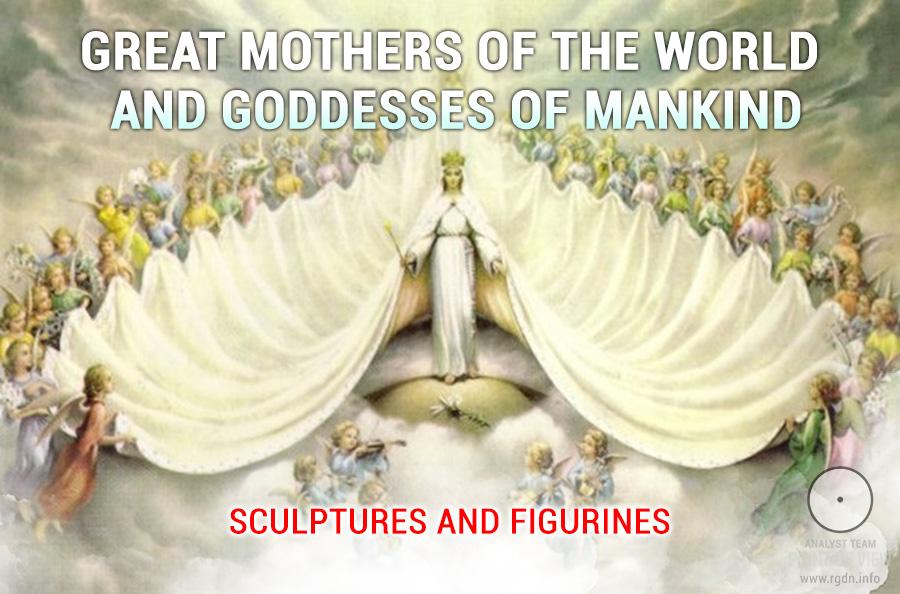 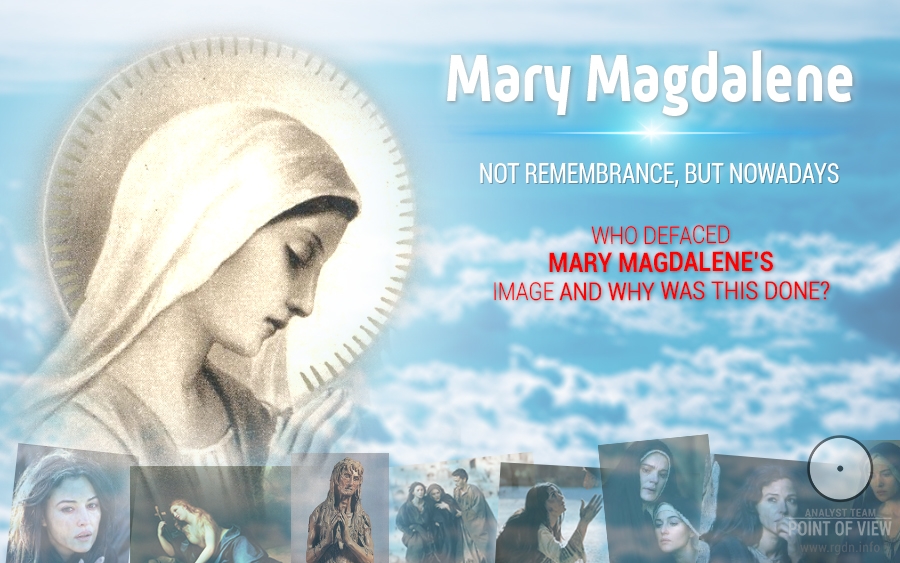