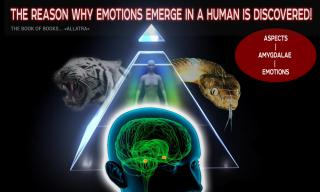 We continue building the evidentiary base to prove existence of the four aspects in the human subtle energy structure which are invisible, but exert enormous influence on human life and mental health, so as to convince contemporary scientists and leading society thinkers of the fact that this sensational discovery can help find answers to innumerable questions and cope with numerous so far unsolvable tasks. In our earlier articles titled Human energy structure. Truncated pyramid with a detached top and Four human Aspects. Why do contemporaries know nothing about those? we started considering the “well forgotten” theory described in the AllatRa book regarding the presence of rational energy and information structures in a human being, which presence is confirmed by numerous historical artefacts, and today we will endeavour to link certain scientific achievements in brain studies with the Primordial Knowledge brought by Bodhisattva Rigden Djappo to the world. We neither particularly expect that academic science, being stuck in materialism, will immediately react and display due interest to this research, nor care that science makes no headway. Our goal is to provide those who have reached a deadlock with an opportunity to come out of it, to find and link facts of recent scientific discoveries with the deepest knowledge about the human nature currently available. We want just to give a hint, to urge and to guide... and those who get interested will elaborate the topic.