I’m not going to advertise the book, for it is quite special and not intended for a wide circle of readers. I will only refer to two extracts – regarding Kiev City as a geographical point from where a new age is to unfold, and regarding “the end of the old”, which is “a beginning of the new”. The text also mentions a Wormwood star (it is either from the Bible: “The third angel sounded his trumpet, and a great star, blazing like a torch, fell from the sky on a third of the rivers and on the springs of water. The name of the star is Wormwood. A third of the waters turned bitter, and many people died from the waters that had become bitter.” (Revelation.8:10-11), or from Nostradamus: “the wormwood star will be blown to smithereens, and waters around will turn into wormwood, and the air will be filled with wormwood, too.”).

Moreover, there is such a statement:

Kiev is one of the mightiest places of power on the planet. 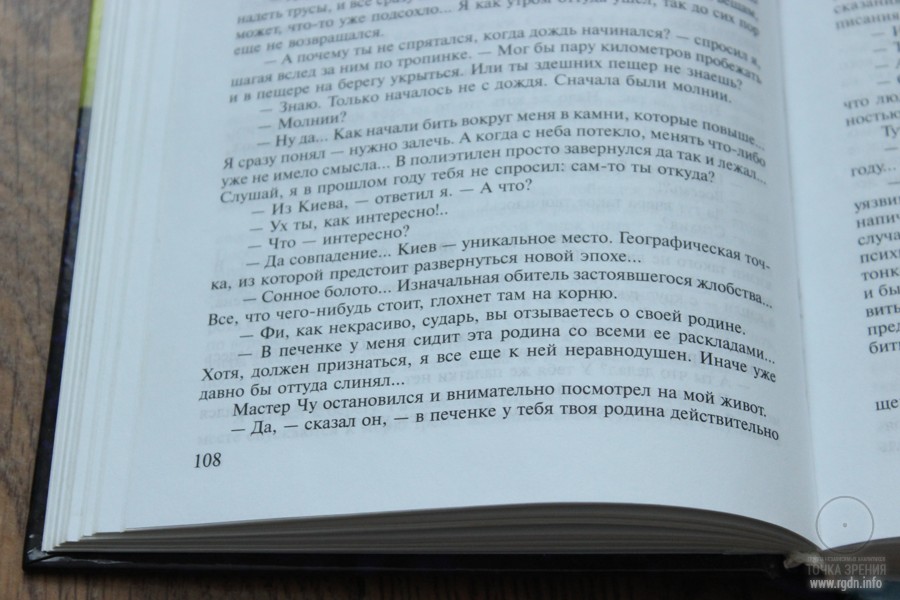 “Listen, last year I didn’t ask you. Where are you from?”

“Well, a coincidence… Kiev is a unique place. It’s a geographical point from where a new age will unfold…”

“As for Kiev… There is one of the mightiest places of power on the planet there. It’s a holy city overhung by the shadow of an ominous star. Something special will definitely come out of this place. After all, everything happens for a reason.”

“A star… Do you mean Chernobyl?”

“Well, yes, it’s a famous esoteric tale, from the Revelation if I’m not mistaken. The Wormwood star fell down in strict compliance with the direction: “And many people died of waters, because waters turned bitter…”

“Yet, why do you say direction? Perhaps, you mean prediction?”

“No. DIRECTION. We are directed to see what we see and to interpret as we interpret. Predictions come true only when we perceive them as directions for our perception.”

“Is the end of the world also DIRECTED?”

“Are you concerned about this? The end of the old is always a beginning of the new.”

“Yet, what if the new does not emerge?”

“It will emerge beyond any doubt. At that, the end of the world is not what people usually understand by this notion, following their straight-lined mind.”

Anastasia: ... The modern city of Kiev, for instance, is still called an “open chakran”, a place of power. And if we consider there used to be a Lotus Temple there in ancient times, and next to it there were settlements of the Tripolye civilization with abundance of sacred signs and symbols known not only in ancient Europe, but also on other continents...

Rigden (smiling):Well, why are you saying the Lotus Temple used to be?  (AllatRa, page 398 – allatra.us)

In old times Kiev was called the city of three hills and later on the city of seven hills due to its unique location on the right-bank steeps of the Dnieper River. The further civilization was advancing, the more hills it occupied. The city managed to preserve its attractiveness even during the epoch of scientific and technological progress, combining modern structures not only with ancient buildings, but with primeval nature areas as well. Kiev has always been and still remains one of the most enigmatical cities on Earth. (Birds and a Stone)

“I’m not jeering at you at all,” Sensei responded genially. “The Lotus Temple is indeed located in Osiris’s head.”

“Well, I hope you are saying this figuratively? Or do you actually mean it?”

“I almost mean it,” Sensei smiled, “to be precise, I mean it from the point view of relief and geography.” We stared at him inquiringly, while he sustained a short pause and said, “On that spot, the capital of Ancient Rus, i.e. Kiev City is now situated…”

“Who could imagine that Kiev is the head of Osiris?” Sergey was pondering over his own thoughts. “I mostly associate this city with the Chernobyl disaster events…”

“What game?” Sergey didn’t get it.

“Well… The predictions about Osiris’s head… The point is that the reactor began to kindle rapidly after the explosion. Naturally, no firemen were able to put it out. The situation became so critical that Shambala had to interfere. And, unfortunately, this process was recorded by specialists, because, contrary to all physical laws, the nuclear reaction started to converge intensively instead of expanding…” And, having been silent for a little while, apparently pondering over something, Sensei added, “On the other hand, if it were not for Shambala… Kiev would no longer exist... And the predictions would never come true.” (Ezoosmos) 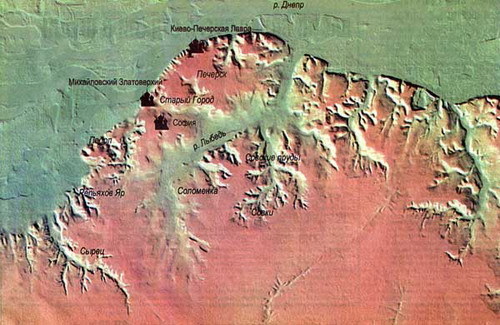 I guess I don’t have to explain what is meant by the “new age”, do I? 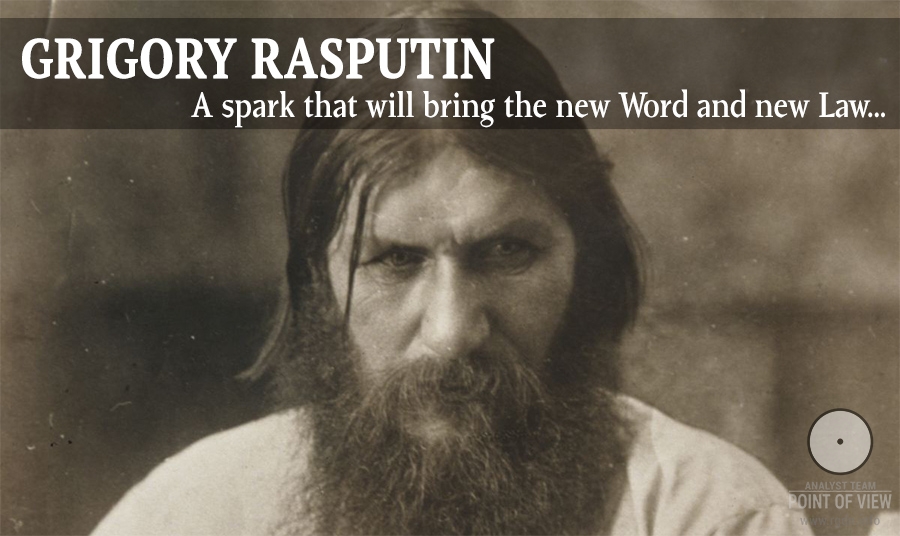 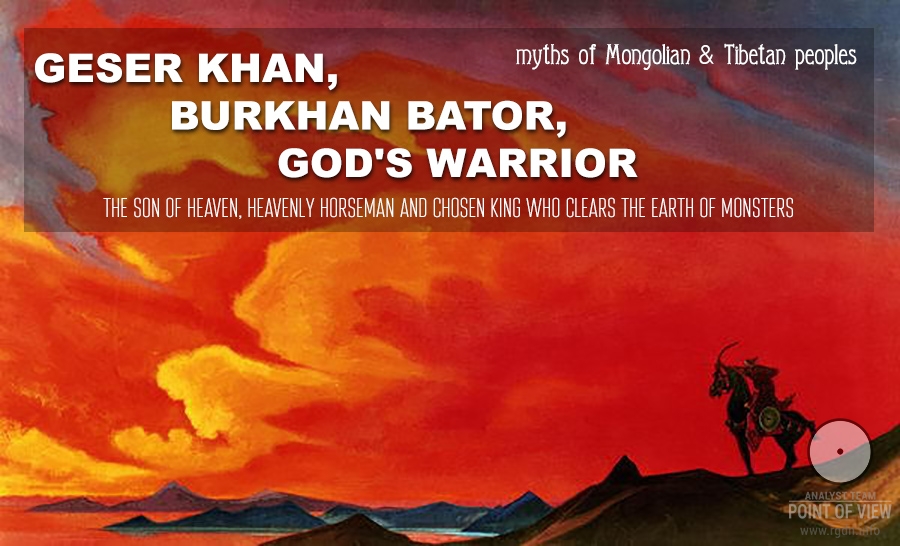 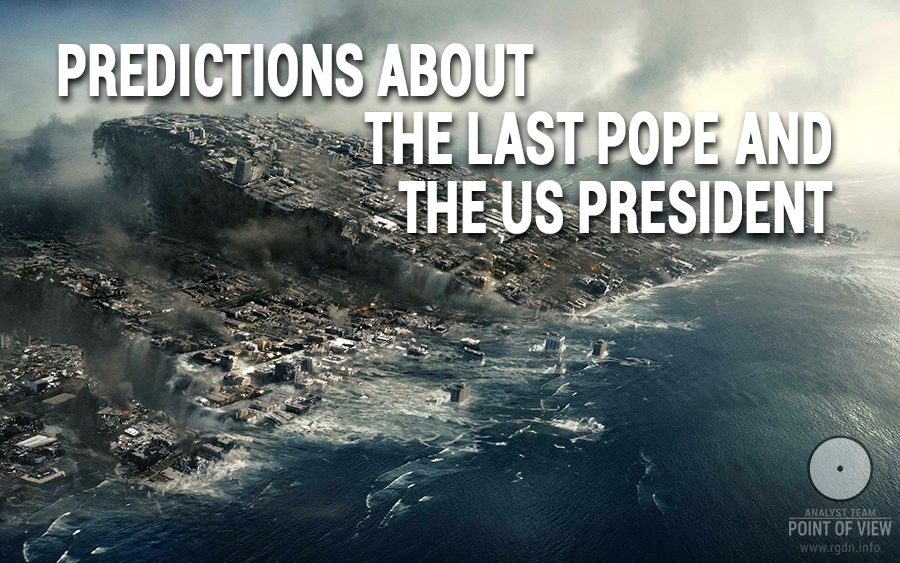