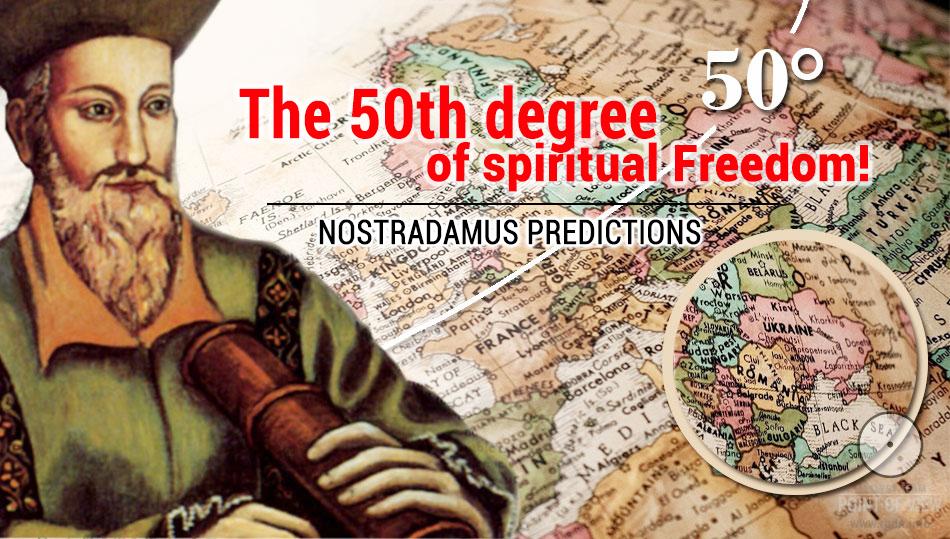 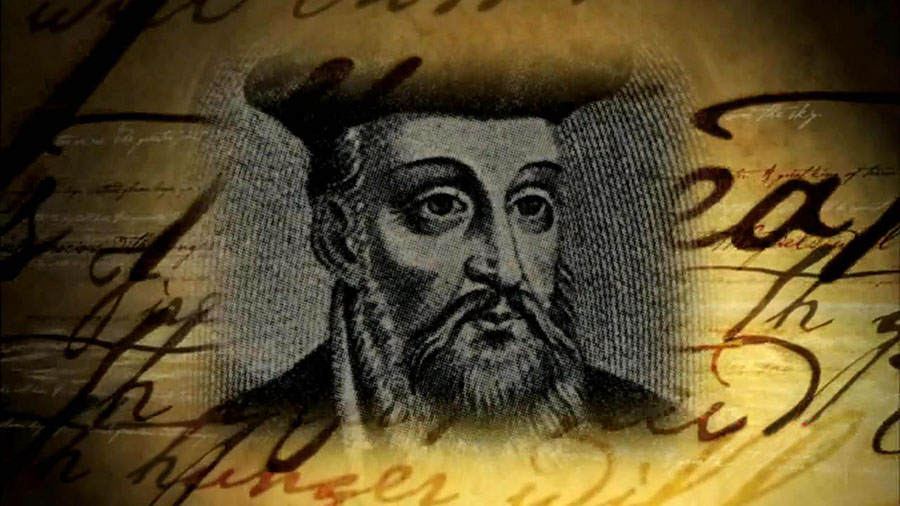 First of all, having found out the editorial board of ALLATRA TV International that released the three extraordinary programmes has its seat in Kiev, the capital of Ukraine, I googled geographic coordinates of the city. Who would have thought it!Kiev is located at latitude 50°27′16″ north and longitude 30°31′25″ east. Is it a mere coincidence? Yet, while reading other predictions by Michel Nostradamus, I came across another amazing “coincidence”. Judge for yourselves:

The One who brings Hope will come secretly,
A Lady will recount the Omnipresent Law.
That God’s Messenger is beyond the temple of anger,
Although everything looks a little like fairy tale.
Disputes and fights take place among functionaries,
The Son of the Truth has caused their irritation.
Everyone kind provokes spite of the dark.
Fundamentals need to be learnt in fighting.
The Word is living. Angry suppress each other,
Sometimes it gets hard of quarrels and arguments.
God’s Law cannot be disputed,
The one who causes quarrels between people will cry.
The Messenger does not consider himself Great,
The Truth is seen, and the trouble vanishes.
Everyone will get what they have sown,
While God teaches to forgive everything and to be patient.
Be patient and forgive: this is what determines one’s fate.
The unknown Lady surprises people…
Games and happiness, plenty of energy,
Slavs will be the first ones to enjoy God’s grace.

An unbelievably optimistic ending! Well, let’s compare Michel Nostradamus’s prophecy to the present-day reality. To tell the truth, the events seem incredible for me as well.

- “The One who brings Hope will come secretly.” Who else could this be, but Rigden Djappo (Igor Danilov), the hidden Imam Mahdi who’s been living among people incognito and publicly appeared in three video interviews (A Frank Dialogue about the Most Important, The Meaning of Life: Immortality and Unity)?

- “A Lady will recount the Omnipresent Law” ("the unknown Lady"). For sure, this is the unknown writer Anastasia Novykh, whom some journalists are vainly trying to find, and whose name is indicated on seven books about Sensei and the eighth fundamental work AllatRa containing the Primordial Knowledge about the human nature and the soul.

- “That God’s Messenger is beyond the temple of anger, although everything looks a little like fairy tale.” The knowledge contained in Anastasia Novykh’s books really resembles a fairy tale for many people. How can one easily believe that Shambala Sovereign Rigden Djappo himself lives among us and judges the seven-million population of the earth? Moreover, His other famous names are Archangel Gabriel (Angel Jibrail), Osiris, Ptahotep, Ahura Mazda, Quetzalcoatl, Agapit of Pechersk, and, last but not least, the Comforter or the Holy Spirit expected by the Orthodox world...

- “Disputes and fights take place among functionaries. The Son of the Truth has caused their irritation...” This is already happening.

- “The Word is living...” The Primordial Knowledge is spreading all over the world. Analysing what is happening, it’s difficult to disagree with this fact.

- “Angry suppress each other. Sometimes it gets hard of quarrels and arguments...” Soon we will see everything with our own eyes.

- “God’s Law cannot be disputed. The one who causes quarrels between people will cry..." Apparently, those who deny Messiah’s advent are to become aware of this soon.

- “The Messenger does not consider himself Great...” Igor Danilov’s modest behaviour is obvious.

- “Everyone will get what they have sown...” The law of retribution.

- "The unknown Lady surprises people…” We wonder what other surprises can mysterious Anastasia Novykh offer?

- “Slavs will be the first ones to enjoy God’s grace.” This, by the way, is mentioned in most prophecies we have recently encountered. And the reality is that Messiah has geographically manifested himself in the Slavic territory, while the first editions of the Knowledge were published in Russian and spread among Russian-speaking population.

It’s unbelievable! The above verse was composed almost 500 years ago, but it obviously describes the today’s reality. Yet, to prove or refute the aforesaid, we need to search and to learn, for the Truth appears as a result of search only. Let’s quote A. Novykh:

The point is that AllatRa is not simply a book in the ordinary meaning of this word. AllatRa is endless in cognition, just like the Lotus Flower spiritual practice. It was written with direct involvement of Rigden Djappo and is an inexhaustible source of inspiration for spiritual people, regardless of their race, nationality or religion. It’s a desk book for a spiritual Human and mankind. It’s a unique tool to transform oneself and the society. (Anastasia Novykh)

We would also like to mention that while surfing the internet we focused on such key phrases as Epistle to Henry. Nostradamus. And the search engine has found a following image: 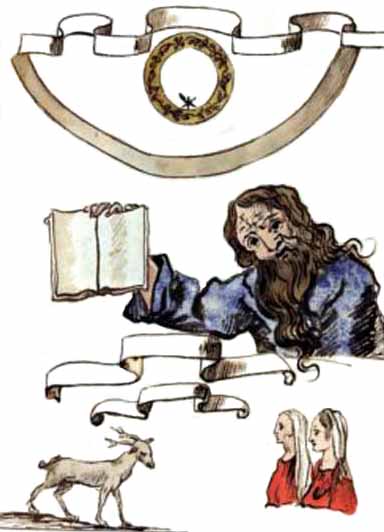 In the upper part of the image, a circle and a crescent are clearly seen, resembling the AllatRa sign. Is this another coincidence or just a fortuity? 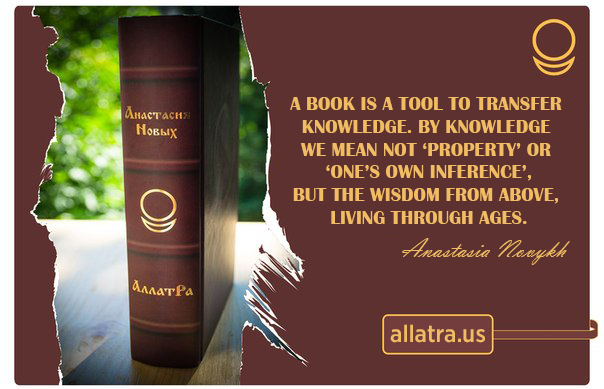 We will surely write about this fundamental book in the future, although we will hardly manage to state anything new, for there is plenty of information about the book on the internet. Furthermore, it can be downloaded for free, e.g. here.

Summarizing all the aforesaid, we can state with certainty that we’ve found a new convincing evidence of the right path. This means it’s worthwhile to persistently knock at all doors where there is still a spark of hope for spiritual awakening. And, if you are not indifferent, simply join us! 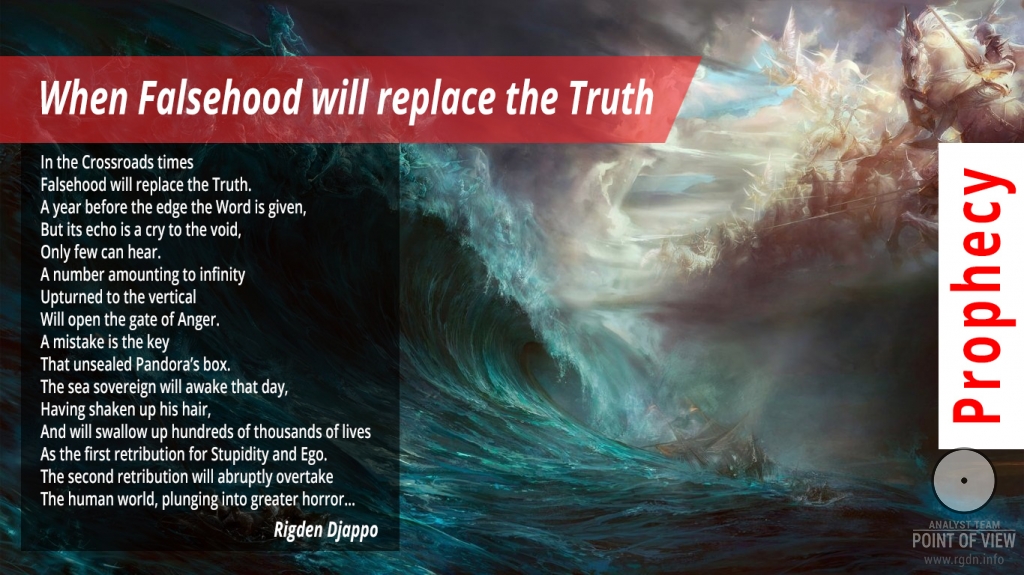 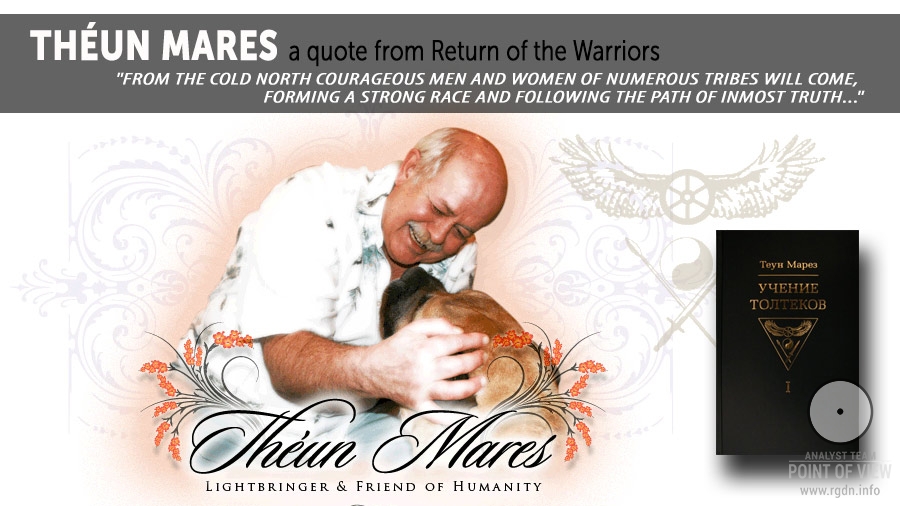 Théun Mares. Quote from Return of the Warriors