In quest of... or a journey to the remote 11th century. Announcement of a new article series 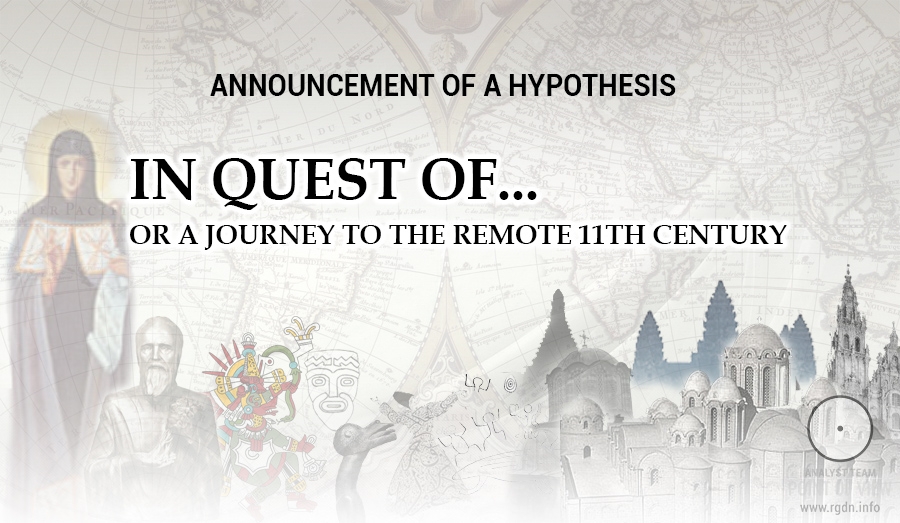 Quite a while ago Max Vorontsov arrived at an idea to write a little research work dedicated to events that took place in the 11th century AD. He says it took him a lot of time and effort to elaborate and implement the idea as he viewed it. When I received the article for editing and publication, at some deep intuitive level I felt the story was incomplete and showed only a top of a huge hidden iceberg or, in other words, of the great spiritual feat committed by the One whose name and deeds have been strangely and zealously erased from official history chronicles and totally forgotten. Thus I started the quest, which literally seized my mind and gave me no rest throughout the last month. It’s the quest for information with the purpose of disclosing as many relevant events of that remote century as possible.

To be frank, I don’t know how this material should be properly called and how the hypothesis should be correctly expounded in order to prevent heated discussions, indignations and attacks typical for exponents of orthodox opinions. Just a year ago I had no single idea of what I’m currently engaged in, and I’d never thought I would study history (!). But today the situation is such that I’m writing these lines and participate in implementation of the analytical web project, and since the project is interesting for people there is a sense for me to continue being busy with it. I don’t even know whether my introductory lyricism is pertinent, therefore I don’t think much on concrete words, simply writing and doing my best to write as understandably as possible for readers to have the most favourable impression. We are simply studying the subject, and that’s all. Some people in a friendly manner recommended neither to cause another sensation nor to draw too much attention to personalities, because the most important thing is the knowledge brought and the changes that took place owing to the knowledge, and I totally agree with such approach. After all, exactly personality cults have turned the history of our civilization into a tragic chronicle, where there is so little love and so much grief.

At that, for the first time I have faced another problem, which is like an impassable wall for me: I don’t really see how the information collected and analysed should be competently structured and presented on the website, so that readers would be interested and the information would be memorable. As a matter of fact, I don’t want this valuable material just to fly by in the general flow of informational rubbish that bombards consciousness of contemporary humanity every day. Moreover, I still have some doubts whether we need to write on the subject at all. Those who need this information can get it themselves, while those who don’t need it will hardly change their mind anyway. Furthermore, is there any sense to delve into millennium-old history, taking into account the ordeals we have ahead?

For somebody this story will look like fantasy, and we are totally ok with that, but for someone it will certainly be a good reason to think further. In our publications we will rely solely on verified and historically reliable sources, neither asserting, nor imposing or proving anything. How can we prove anything if a whole millennium has passed? How anything may be proven in history at all if today, i.e. some seventy years after the end of the 2nd World War, many people on the planet have no idea of who participated in the war and who won it? This is how our history is recorded, which is obviously regrettable. However, in order for you to understand a little better who is interested in distortion of the genuine reality and for which purpose such distortions are done, let us offer you this unusual and exciting journey to the past.

Those who were collecting and systemizing relevant information have spent numerous sleepless nights in front of their computers, but I’m not saying this for bragging of how good and smart we are or that our example should be followed. I’m only indicating that such analytical investigation may be carried out by any ordinary people who possess Primordial Knowledge, spare time, access to the internet, and willingness as the most important component. Everything that ensured elaboration of this extraordinary hypothesis actually included just the four components listed above.

I truly hope the work will soon be completed and shortly after we will publish the first article of the series, while this public announcement will urge and stimulate us and me in particular to more active doings. Please, note the initial version of our research cannot be full or final and will probably be adjusted, updated and supplemented with newly discovered facts and assumptions. Thus, we kindly ask our readers to join discussions on the series. Together we will always be able to do more.

So, we invite you on an exciting journey to the 11th century. Seemingly, what did so special happen then? Well, many interesting things actually happened!) 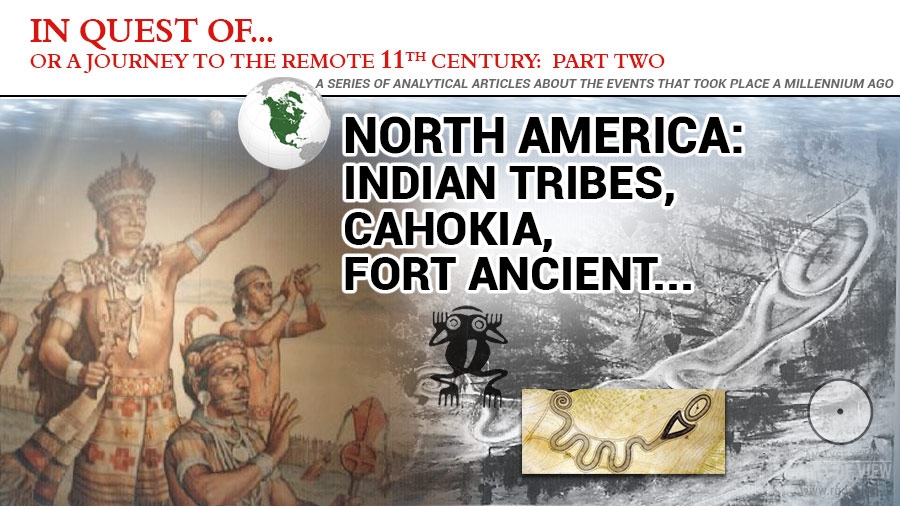 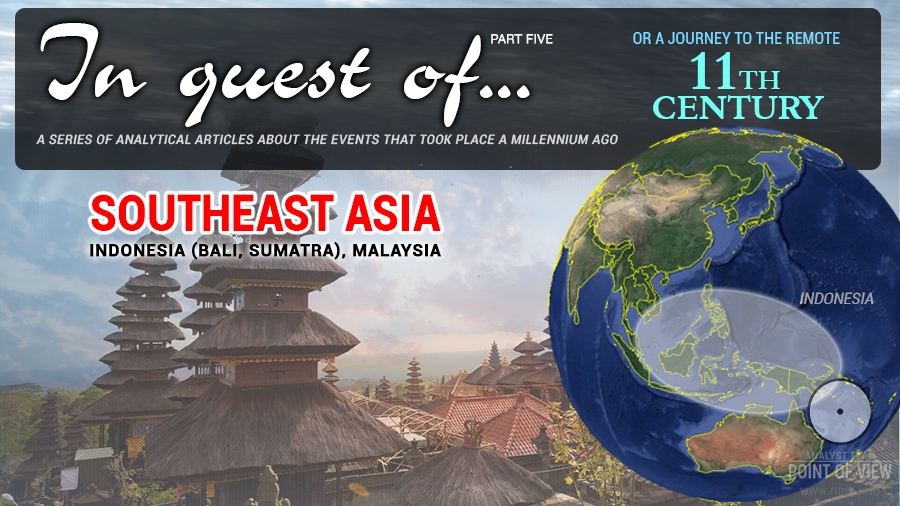 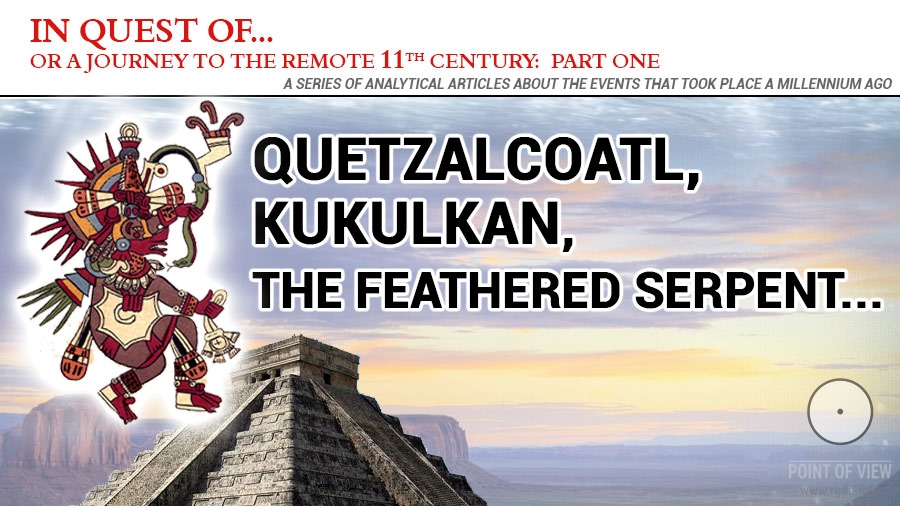 In quest of... Quetzalcoatl, Kukulkan, the Feathered Serpent... Part One 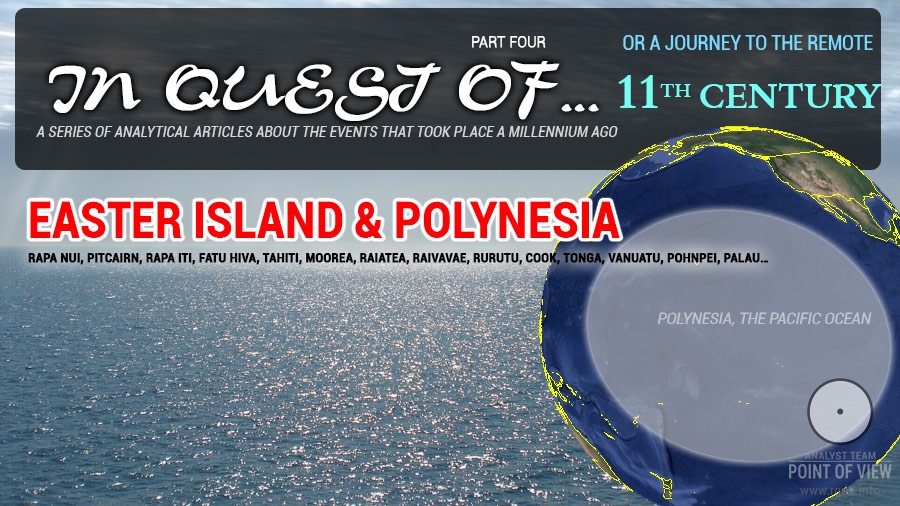 In quest of... The 11th century. Easter Island and Polynesia (Oceania). Part Four