After the article Who needs this scribble? was released I became interested: what does the World Wide Web represent in fact, and how is its functioning stability secured?

Internet is such a habitual word nowadays. There is already a whole generation of people who don’t know the time when there was no Internet. Many encounter it on a daily basis, others use it from time to time, and still others spend 24 hours enmeshed in the web. Now it’s an enormous depository of diverse information, basically a huge database of the knowledge of contemporary humanity, starting from a permanent magnet machine patented by an enterprising German guy who used to quietly rivet unique aggregates in his garage (before he was arrested), and up to essays and papers on any subjects. Everything depends on the taste and needs of a concrete individual.

So, what is the Internet in fact, and how does it work? And will it work during the uneasy period of global cataclysms which humanity is currently entering? Let’s try to analyze the issue together.

Simply speaking, the Internet is a set of interrelated computer networks and personal computers connected to such networks.

Data exchange between Internet users is carried out via earlier laid physical networks which belong to several multinational corporations, such as IBM, Verizon, AT&T, UUNET, Level 3, Qwest, and Sprint. These seven corporations are major Internet providers, i.e. everyone who wants to get access to the global web ultimately have to deal with them.

At the dawn of the global web in the remote 1961, the US Defense Advanced Research Projects Agency (DARPA) was assigned to create an inter-computer network through which it would be possible to exchange data. After several years of research and development works the first Internet prototype called ARPANET was created, which later on started to be used for data exchange between UCLA Computer Network Center, Stanford Research Institute, the University of California in Santa Barbara, and the University of Utah.

Since 1973 the Internet began its triumphant march across the planet. The first countries connected to the data exchange were England and Norway. Two years later the ARPANET was renamed into an “experimental network” and got supported by DCA (Defense Communication Agency) which is now called DISA (Defense Information Systems Agency, as renamed in 1991). 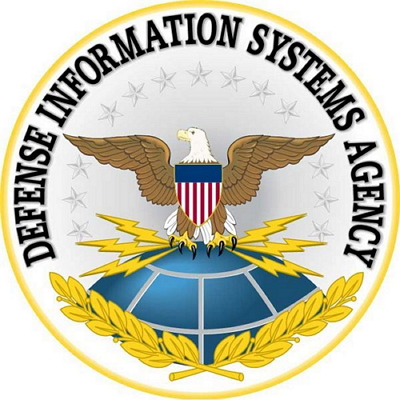 The emblem speaks for itself, and those who are familiar with the AllatRa book can also discern the hidden symbolism of the image. 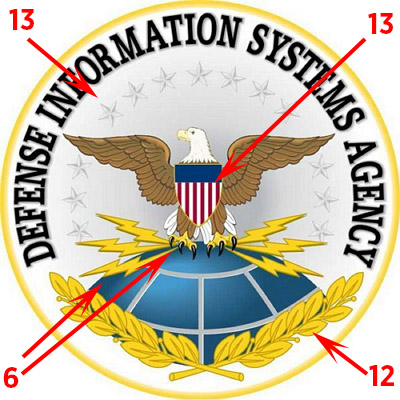 In 1983, the US Department of Defense announced the research completion, and TCP/IP data exchange protocol standard was introduced.

1984 was the year when the Domain Name System (DNS) was launched.

Later on, the Internet was growing, developing, being transformed, new nodes and networks were added. By 2001 there were already over 530 million Internet users, and in the middle of 2015 their number reached 3.3 billion.

It turns out a half of the world population makes use of the WWW opportunities, though the issue of the system fault tolerance arises. There are bottlenecks in any system, if they are excluded the system fails. The same thing is with the Internet, where particular attention should be paid to the so-called DNS root servers as critical for the system operation. A question immediately arises: what are those and what are they for? DNS is the system which converts Internet domain names into numeric IP addresses. DNS root servers contain information about top-level domains, are the main ones in the system and marked A to M (from a.root-servers.net to m.root-servers.net) – making up exactly 13 (!) servers. There can be more root servers physically (over 300 as of today), but they are reachable through 13 numeric IP addresses, not more and not less. This is a sort of a circle of power, although such number of servers is officially explained by the earlier restriction of UDP packet size to 512 bytes, so that only 13 servers could be placed in the DNS response. It’s interesting that the UDP protocol of data exchange between DNS servers was developed as long ago as in 1980, i.e. when the future Internet was tested, and it hasn’t been changed up to now.

The scheme of location of the aforesaid root servers is quite interesting as well. 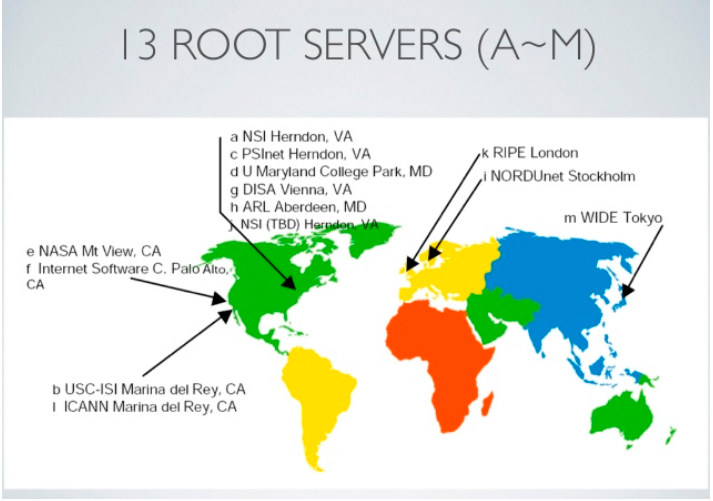 In 2006, only 7 root servers remained in the United States:

We haven’t found a more recent image, but according to information available on the web (what other place could we get it from?) the USA have lost one more DNS root server. On 4 April 2012 it was announced that L-Root, one of the 13 DNS servers was installed by Ru-Center and ICANN in Novosibirsk, Russia

What is ICANN? It’s the Internet Corporation for Assigned Names and Numbers, supposedly a nonprofit corporation (funny, isn’t it?) established with the US Government participation in 1998 for settlement of issues relating to domain data. It’s a dark horse on which a number of questions arise, in particular: how is it funded, given it is non-profit? At that, the reference to the US Government participation already indicates the funding source. In fact, the Internet basically originated from the depths of the Department of Defense of that very country. And, certainly, it should not be a surprise that in March 2014 the US Department of Commerce represented by the National Telecommunications and Information Administration (NTIA), which was historically the DNS manager, in cooperation with ICANN and Verisign actually completed privatization of the DNS, as the US Government determined back in 1997 (https://www.ntia.doc.gov/press-release/2014/ntia-announces-intent-transition-key-internet-domain-name-functions).

Well, in the end let’s quote an ICANN functionary:

“One of ICANN key tasks is to support stable, reliable and safe operation of the Internet, as well as its global-scale connectivity,” says Joe Ablay, Director of the DNS Review Team of ICANN. “The emergence of the additional L-Root node is an important step to implement this task.” (https://www.nic.ru/news/2012/l_root.html)

It looks like DNS root servers are gradually moving from the American continent. Why would this take place?

The following sources were used for the article preparation: