The total lunar eclipse of 28.09.2015 and release of the Unity program. Accidents are not accidental? 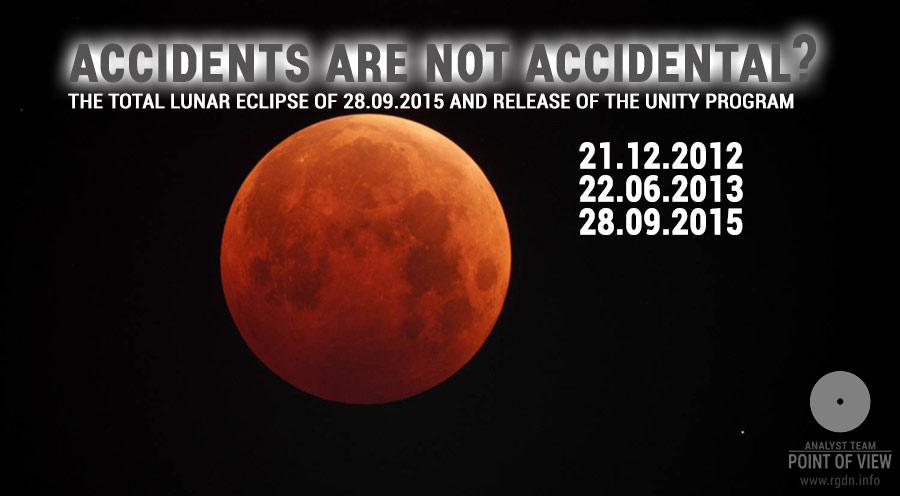 As life indicates, events that we consider accidental coincidences in actual fact emerge in line with certain natural laws and are caused by visible or invisible factors, no matter whether we are aware of them or not. My long-developed habit of approaching various life situations and events with exploratory interest urged me to notice certain strange facts relating to the issue discussed on this website.

Late at night on 27 September (!) the third program with Igor Danilov, entitled UNITY and called the epoch-making by its creators, was released on ALLATRA TV internet channel as a sequel to the sensational and broadly discussed programs A Frank Dialogue about the Most Important and The Meaning of Life: IMMORTALITY. Having viewed the UNITY, one comes to realize that “epoch-making” is a very modest epithet. If you haven’t seen the program yet, you will understand what I’m saying once you do this.

Quite interestingly, the program was released exactly the day before a rare astronomical event which had been expected by many people with mystical excitement. I mean the supermoon or the total “blood moon” lunar eclipse we could observe that night in the sky. The Sun, the Earth and the Moon aligned with each other, and the Moon was at the utmost short distance from the Earth, while the latter cast a red glitter on the former, adding an unusual colour to the seemingly enlarged Moon.

“Since the lunar orbit is not an ideal circle, the Moon sometimes gets closer to the Earth. When the Moon is at the remotest distance from us, this is called the apogee, and when it’s at the closest distance possible it’s called the perigee. On the 28th of September we saw the full moon at perigee – the closest full moon,” Noah Petro, Deputy Project Scientist for the NASA Lunar Reconnaissance Orbiter mission, explained. When the Moon was totally eclipsed, its distance from the Earth was about 356,900 kilometres, which was the shortest distance between the Earth and the Moon in the full moon phase in 2015. Such proximity makes the Moon 14% larger and 30% brighter, as distinct from the apogee. That is why such phenomenon is called the supermoon.

Why are people so interested in events taking place on these unusual days? It is noticeable everywhere how they are excited and expecting something extraordinary, inexplicable and significant, as if humanity anticipates some sign from the above...

Let’s recall the big-time stir about the date of 21.12.2012 (the winter solstice), when some people expected the end of the world, others anticipated the end of the darkness, and still others waited for something they were not aware of themselves. By the way, on that very day a message appeared on the official website of famous writer Anastasia Novykh regarding the completion of the new book entitled AllatRa (exactly this book is behind Igor Danilov on the screen). 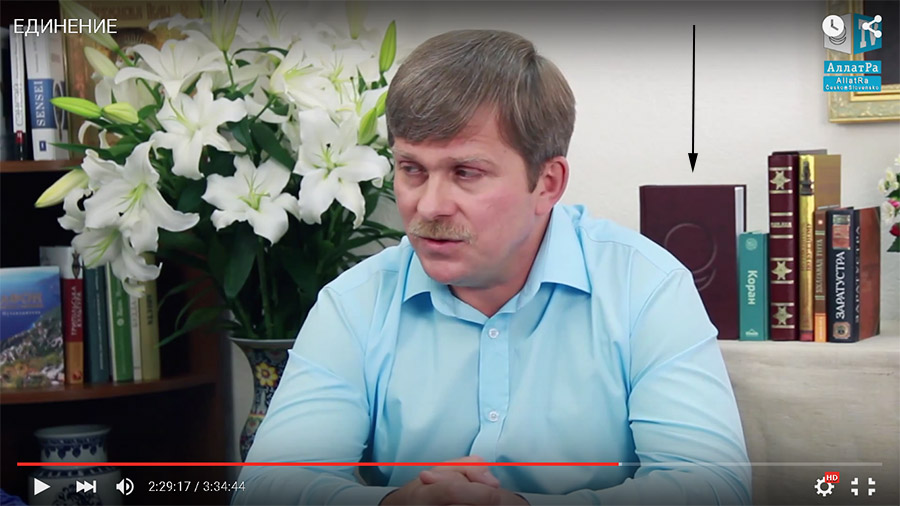 The said book event surely means a lot for many, many people. Yet, this is not an entire amazing “strangeness”. The first printed copy of this unique book appeared on 22.06.2013 (the summer solstice), the day which had been determining for whole nations many times in the past…

So, what are we observing, just accidental coincidences? But are they really accidental??? 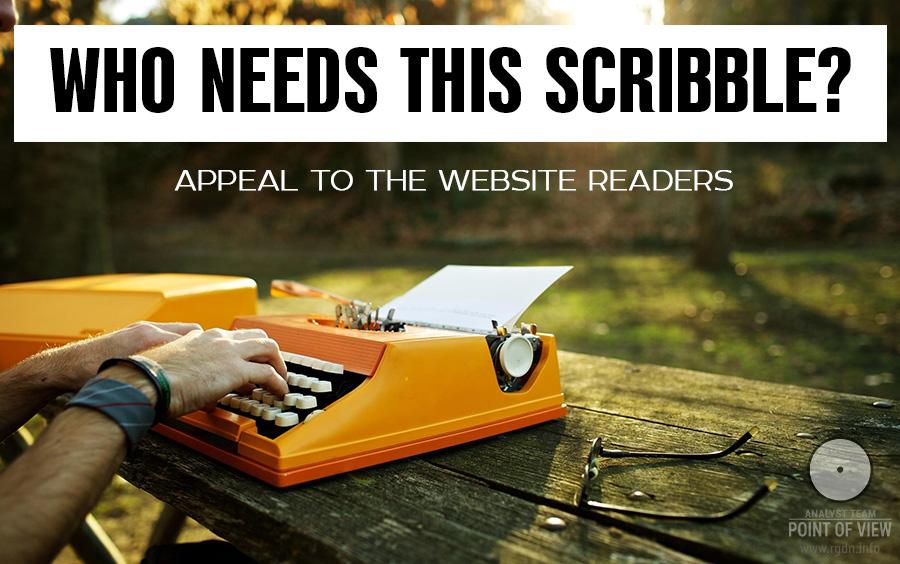