The issue I’d like to address is totally different: perhaps, not many inhabitants of the planet know (although nobody makes a secret of this) that USD belongs to the United States of America only on paper notes, while in actual fact it is owned by the Federal Reserve System (also known as the FederalReserve or simply the Fed‍), “specially created on December 23, 1913 with the enactment of the Federal Reserve Act in response to a series of financial panics that showed the need for central control of the monetary system if crises are to be avoided.” The Fed’sother purposes according to the Federal Reserve Act are "to furnish an elastic currency, to afford means of rediscounting commercial paper, to establish a more effective supervision of banking in the United States, etc." The same source (Wikipedia) tells about the Fed’s structure and officials appointment by the U.S. government as if it were a governmental agency, but it’s mere window dressing for those who are not competent in the field, since the U.S. government does not own the Federal Reserve at all. 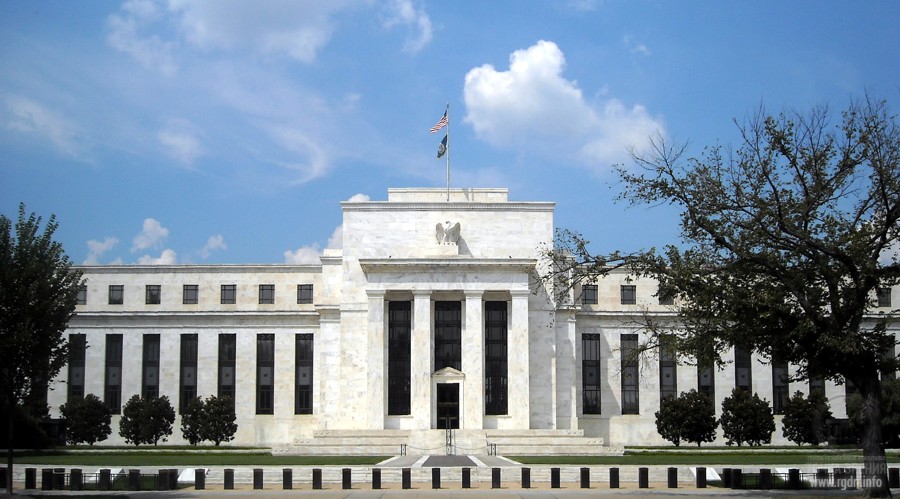 So, who really owns the dollar printing machine that is regularly launched? Who are the undercover group which secretly owns the entire world economy? I suggest you to view the video below, dedicated to Archons. The video beginning is particularly impressive where Alan Greenspan speaks, and also the episode that starts from minute 2:40 where it is said in no uncertain terms that the American currency is a property of people who keep deeply in the background.

So far nobody is able to discover who those people are. Another video by Roman V. is also dedicated to this secret and sheds some light on the dark story; let’s view it (though regular readers of our website do suspect and understand whom we refer to over and over again). These are Archons and their brainchild “the global currency” as the main bait on the hook prepared for every inhabitant of the planet. 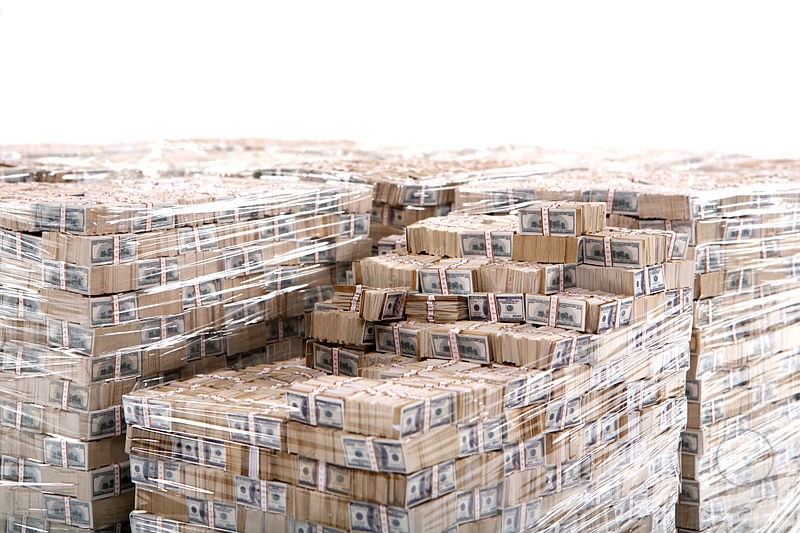 Let’s briefly and simply describe particularities of interaction between the Federal Reserve System and the U.S. government. The Fed is a very non-transparent institution. If it were governmental, any American citizen could theoretically be able to investigate this wrongly smelling issue and even sue the Fed or demand its reports. But no one may demand such things from a private institution, for most of its information represents a trade secret.

Now, let’s see how this system works. Say, I lent you a loan of USD 1,000. A year after you repaid me USD 1,100 – debt plus interest. I kept USD 1,000 and other USD 50, and gave the rest back to you. Whose are USD 1,000 – mine or yours? This money is surely mine, for I gave you a loan at an interest. This is exactly how the Fed operates. You might be amazed: isn’t this really possible? Aren’t people aware of this? Many people certainly are, but what’s the difference? This is the scheme of economic interaction established by a certain group of individuals, and others are supposed to just follow it.

Thus, a logical question arises: who really owns the US dollar? It cannot be owned by the United States of America simply because the U.S. government borrows US dollars at an interest. A relevant conclusion sounds absurd, but such absurd has been exactly created for us, dear consumers, for us the blind kittens swinging in our frail boats in the stormy ocean of life and implicitly believing that everything in this world can be purchased and sold for those little, yet all-powerful green pieces of paper. It turns out these pieces of paper don’t even belong to the USA, being the Federal Reserve System property, so it would be more correct to call them the Fed dollars. Yet, who really even thinks of that? Who is really interested? 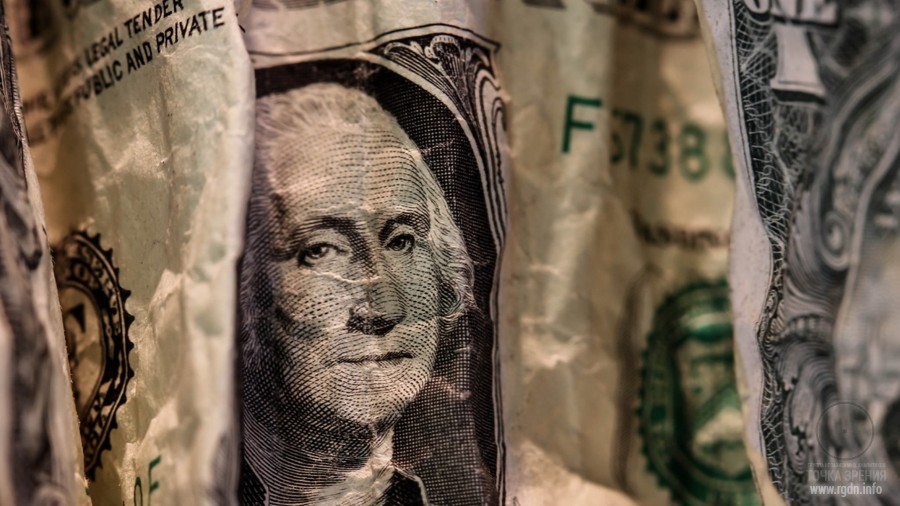 Certainly, we all live by general laws of the technocratic material world, and hardly we can change anything in it. I recall several people who spent a half of their life working hard in the Soviet Far North which used to attract many by local high incomes. Those people kept their hard-earned money in the USSR Savings Bank, since it was considered safer to keep savings with the government. But there came a day hardly expected by anyone, and all that money “dissolved”. For instance, one of my old friends lost 110,000 Soviet roubles, another one lost 60,000, etc. It was a tragedy of their whole life then!

I’ve recalled those old friends, because history circles round and everything repeats itself. Hence, a quote from the Report “On the Problems and Consequences of Global Climate Change on Earth. Effective Ways to Solve These Problems” looks totally predictable, for the US external debt is enormous and American government can do nothing about this, which makes the below forecast quite logical:

It is an open secret that in the near future the world currency will “suddenly” cease to exist and will be cheaper than paper on which it is printed. Although attempts are made to hide this fact, today it has become public knowledge. This will happen suddenly, yet, as always (the handwriting of world script writers is recognizable), and hundreds of millions of people of not only this leading country, but also other countries of the world will become beggars overnight. One can understand how severe their position will be under the conditions of consumer society...

What conclusions can be drawn? Well, draw them yourselves. As for me, I don’t care whether you trust the Report and banal logic or continue believing in another sweet illusion invented for you by smart dealers. At that, please note the game is not yours and for as long as you play it you remain a mere naïve player... 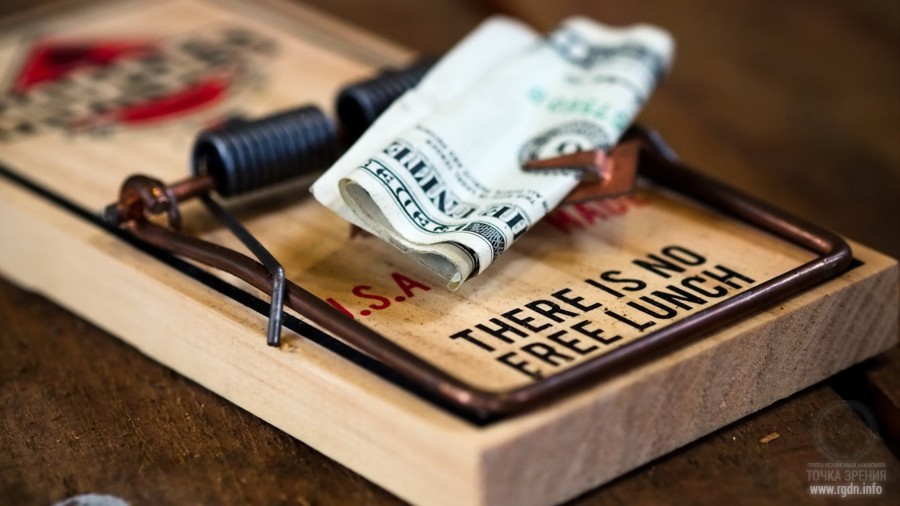