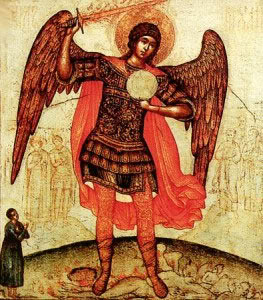 The Holy Quran is a revelation sent by Almighty Allah via Angel Jibrail to Prophet Muhammad (peace be upon him).

JIBRAIL AND THE QURAN

The Holy Quran was sent to our Prophet Muhammad (peace be upon him) via Angel Jibrail. The name of Jibrail (Gabriel) is repeatedly mentioned in the Quran along with other names of this Angel: Ruh (Spirit), Ruh al-Qudus (Holy Spirit), Ruhu’l-Emin, Ruhu’l-Hak, Namus-u Akbar.

[That] indeed, the Qur’an is a word [conveyed by] a noble messenger who is possessed of power and with the Owner of the Throne, secure [in position], obeyed there [in the heavens] and trustworthy.  (Al-Takwir, 81:19-21) Say, “Whoever is an enemy to Gabriel – it is [none but] he who has brought the Qur’an down upon your heart, [O Muhammad], by permission of Allah, confirming that which was before it and as guidance and good tidings for the believers.” (Al-Baqarah, 2:97) If you two [wives] repent to Allah, [it it best], for your hearts have deviated. But if you cooperate against him – then indeed Allah is his protector, and Gabriel and the righteous of the believers and the angels, moreover, are [his] assistants. (At-Tahrim, 66:4)

Furthermore, wherever angels are mentioned Allah always distinguishes Angel Jibrail (the Spirit) as the greatest of them:

The angels and the Spirit descend therein by permission of their Lord for every matter. Peace it is until the emergence of dawn. (Al-Qadr, 97:4-5)

It is strange that while some Surahs in the Quran are named after the prophets, there is no Surah with the name of Jibrail. However, not everything is as simple as it seems. Should we compare certain mentions of the Holy Spirit in religions and beliefs of various Turkic-speaking peoples we will come to an unexpected conclusion that Surah 108 is exactly named after Jibrail.

Indeed, We have granted you, [O Muhammad], al-Kawthar. So pray to your Lord and sacrifice [to Him alone]. (the beginning of Surah 108) 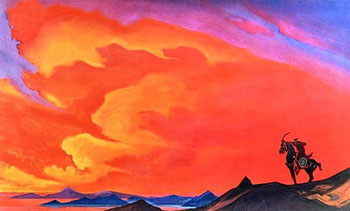 (who according to Buryats and Turkic peoples also had a heavenly name of Burkhan Bator, which means “the Heavenly Warrior”, as we wrote on our website earlier) is sent to this world when there is no way out, when humanity follows a wrong way in development, and when it’s necessary to re-establish order in the world. He is also referred to as a divine being that has descended to the earth and turned into a man in order to perform a feat of good. He was expected to have a new incarnation in Northern Shambala. Moreover, Geser will come with an invincible army to restore justice. These words are very consonant with all prophecies and signs of the end times, aren’t they? Hence, we again face the fact that prophecies and predictions are miraculously intertwine into one chain, and only Allah knows the entire subtle combination of the chain links (events) and everything that is approaching.

The Epic of King Geser also contains the following words, meaningful for every Muslim:

Idolatry is from the evil. Demons and evil spirits are behind idols.

Prophet Muhammad (peace be upon him) obviously could not know about the Epic, but he mentioned Geser (Kawthar). Furthermore, if we compare the meaning of this word (“abundance”, “prosperity”) with the words said by Imam Mahdi about the Holy Spirit in his sensational interview, it becomes clearer why this Surah is called so. The Surah was communicated after the death of Ibrahim, Prophet Muhammad’s son. Then one of polytheists said about the Prophet (peace be upon him): “He is scanty”, meaning the Prophet lost his male progeny. But Allah pleased the Prophet (peace be upon him) with something greater. Indeed, no earthly blessings may be compared to the Gifts which one can feel owing to the Holy Spirit. That is why the importance of those Gifts is emphasised so much:

Indeed, We have granted you, [O Muhammad], al-Kawthar. So pray to your Lord and sacrifice [to Him alone]… 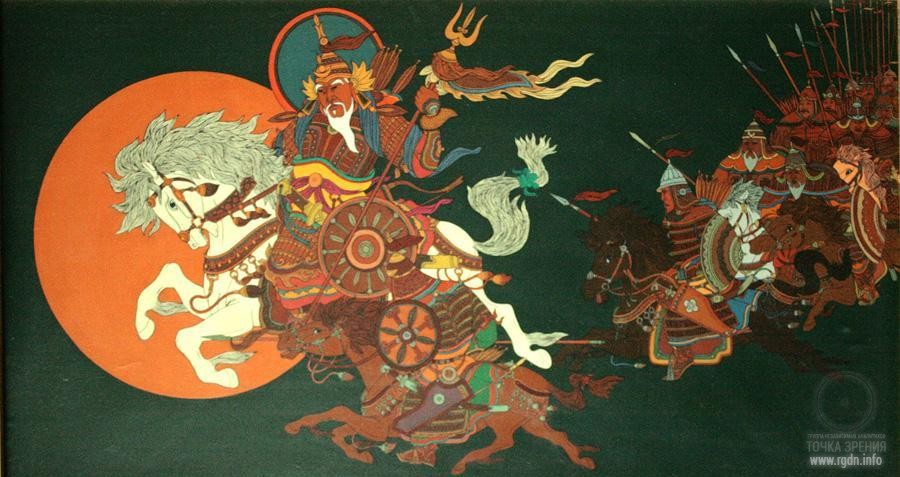