Political Islam was born on the ruins of the Ottoman Empire when there emerged more space for reflections and actions. Already in 1928, owing to Hassan al-Banna, there appeared the Society of the Muslim Brothers, better known as the Muslim Brotherhood. It was a cyclic process though: Abdelhamid Ben Badis worked in Algeria, Allama Muhammad Iqbal in India, and so on. The early 20th century was one of milestones in Islam renovation. People then started searching for solutions to key social issues of that time and did find them in Islam.

Throughout the 20th century the development of political Islam was impeded by dictators, and such situation continues nowadays. In the meantime ordinary people keep looking for their identity and essence, and find it in religion again. True Islam is really dangerous for those who endeavour to manipulate Muslims, e.g. for those who control ISIL and for those who change the essence of religion for their personal dirty needs. There are some scientists and authoritative personalities who interpret the Quran and other Islamic texts in a totally wrong way, thus promoting the spread of violence. To become a representative of Muslims it is insufficient to quote Quran ayat. Even takfirists such as Abu Muhammad al-Maqdisi oppose ISIL.

ISIL uses Islam as a cover for manipulating people and implementing its political goals. First they won the minds and hearts of people in Iraq, then in Syria. Now they try to establish their authority in Afghanistan, Libya and many other places. It is impossible to deny this organisation is Islamic, but it does not recognise the entire array of knowledge collected by Muslim scientists over centuries. This organisation actually has its own goals and tasks, and in order to implement those it USES SELECTIVE INTERPRETATIONS OF THE QURAN AND HADITH.

The reasons why this organisation has emerged are purely political. Everything that the West has lately done in the Near East leads to extinction of such states as Iraq and to ultimate destabilisation. People cease to believe in governments and seek rescue in a simplified interpretation of Islam such as the one used by ISIL.

It is necessary to enlighten people and enhance their educational level. This way the problem will be easily solved. Certainly, there are things taught at Al-Azhar in Saudi Arabia, which are far from being correct, and educational methods are wrong there, too. Yet, it’s not Islam that needs to be reformed, but rather the Islamic educational centres and their teaching approaches.

The present-day terrorist organisations, using ideas of Islam as a cover, rely on the internet and new media to spread propaganda and attract new supporters. Video products they demonstrate to the public are of quite a good quality. Hence, a question arises who is behind such organisations and WHO SUMMONS POLITICALLY AND RELIGIOUSLY NAÏVE PEOPLE TO TAKE WEAPONS AND FIGHT AGAINST THE WHOLE WORLD. 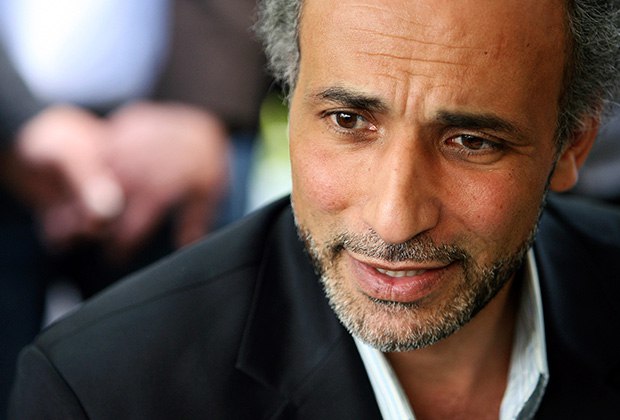 Well, behind there are surely well-educated people who know how to use their oratory and religious knowledge for implementation of political goals. For instance, it is no mere chance that refugees appeared in Europe. It is worth spending some time to analyse facts and understand who benefits from their arrival. People themselves are not to blame, but somebody obviously uses them in order to create such a tense situation.

It is interesting that everything is played according to a rather weird scenario. Problems arise in those very countries of the Near East where there are oil, gas and other natural resources: Iraq, Syria, Mali, Libya, Afghanistan, Yemen, Niger...

Strange, isn’t it? ISIL actually appears only in the places where there is something to sell. The Sykes-Picot Agreement was an attempt to draw a map of the Near East based on the interests of the West. It was embodied with total neglect of the interests of nations that lived in the region. Consequently there emerged little states with enormous resources, which were easy to control. Time passed, ISIL started operating, and its actions caused that the border between Syria and Iraq no longer exists. Terrorists have done what many have been dreaming of: they have drawn a new map of the Near East. Though temporarily, they have managed to do so in contrast to leaders of the Arab countries.

Now it is necessary to reconsider the essence of things and phenomena, but not to give them up for lost. Europe needs Sharia: it contradicts none of the current constitutions or legislative norms of any countries. Sharia refers to equality between people and love for each other. Is this in conflict with European principles??? Not at all! Hence, we need to make use of everything we have for as long as it matches our principles.

Many would suggest reforming Islam, but this won’t work because Islam is single. The thing is that when we try to apply its principles in the context of some social norms we get mistaken. Most often our actions are conditional on words and theoretical writings of Muslim scientists who in actual fact know nothing about what they do and don’t realise how complex this world is.

There should appear context scientists, i.e. knowledgeable individuals who will be able to participate in discussions and help people look into the world around, into how we need to treat its phenomena and how we need to act. There is a reliable Hadith: إنَّ اللهَ يَبْعَثُ لهذه الأمَّةِ على رأسِ كلِّ مِائةِ سنةٍ مَنْ يجدِّد لها دينَها (Verily Allah will send at the beginning of every century such a person for this Ummah who will rejuvenate and restore faith). This means Islam has been renewed and will continue to be renewed with the course of time. At that, the word من may signify not just one individual, but a number of people. Such people can help the community to restore faith, to maintain the so-called ﺍﻻﺟﺘﻬﺎﺩ ﺍﳉﲈﻋﻲ (collective ijtihad) – collective and at the same time autonomous interpretation of opinions on religious issues. This is exactly what Muslims should work on. For a start it is necessary to grant relevant powers to Muslim scientists who specialise in various fields of theology, then stir this process up and ensure renovation of faith.

Understanding of the personality of Prophet Muhammad is an important topic for all Muslims. After all, any episode of the Prophet’s life is a living example for us: the way he treated his family, the way he treated women and enemies. Surah 68 of the Quran says: إِنَّكَ لَعَلى خُلُقٍ عَظِيمٍ. This means the Prophet possessed high moral qualities and set an example for people via his life and deeds. Hopefully, humanity will continue taking advantage of the fruits of his wisdom…

ISIL gunmen use prophecies as a propaganda tool for the purpose of attracting new supporters. The most popular prediction supposedly tells about the decisive battle to take place in Dabik, North Syria. Faithful Muslims are to fight against the army of Rome, where Rome is neither Italy nor even Vatican, but a generalised image of Christians. The Quran itself tells nothing about the doomsday. Mentions of the doomsday are in the Hadith – a collection of traditions with sayings of Prophet Muhammad. Although the Hadith is regarded as quite an ambiguous source of information, ISIL adherents use its words to recruit new supporters. The prophecy mentions that prior to the decisive battle all Muslims must gather together in one place in order to form an army in the Syrian territory under the banner of caliph. It is very difficult to think of counterarguments in such a situation, first of all because the Hadith words have not been invented by Islamites. These traditions are seriously analysed by Islamic theologians. They are studied to ensure preservation and elevation of the moral and ethical level of Muslims in line with the covenants. Yet, all this is looked at “in bulk” and being used for completely different purposes...