The word Islam originates from the Arabic three-element root sīn-lām-mīm (SLM [ س ل م ]). Combined with the vowels, the consonants in this root gave rise to numerous Arabic words. Many foreigners erroneously believe that if two Arabic words have one and the same root their meanings should be related. However, in actual fact some words of one and the same root not necessarily have any semantic connection. For instance, all the words given in the table below originate from the SLM root:

A collection of Islamic texts compiled by the Muslim Student Association of the University of Southern California confirms this fact:

Islam is the religion of peace because:

The Holy Quran clearly states life should always be ruled by Allah’s laws, whether during peacetime or war, during favourable or hard periods.

“…This day I have perfected for you your religion (dīn) and completed My favour upon you and have approved for you Islam as religion…” Quran [2:136]

“So is it other than the religion of Allah they desire, while to Him have submitted [all] those within the heavens and earth, willingly or by compulsion, and to Him they will be returned?” Quran [3:83]

At that, a certain point should be mentioned: in the above Quran verses regarding the single religion pleasing to the Almighty, the word Islam implies not a name or title, but rather a concept with all the ensuing elements, in particular the acceptance of the Almighty’s Will as the only correct and righteous way and living by that Will! Hence, Islam means a way of life, submission to the Almighty’s Will and pious living in accordance with His Will!

In other words, a person born in a Muslim country, who formally performs all rites and rituals and follows instructions of sheikhs, mullahs, ulema, imams, etc. but who has neither surrendered to the Almighty internally, nor accepted Allah’s Will as the only right direction, nor is living by that Will in every second of his or her life (not just from prayer to prayer or from Friday to Friday), cannot be considered a true Muslim verily faithful to Islam! Only the one who trusts in and submits to the Almighty’s Will and lives in such state on a daily basis may be regarded as true Muslim. To explain such a state, let’s draw a figurative comparison with little children. Children can feel Allah, and their ego (nafs) has not formed yet, therefore their connection with the Almighty is not hindered (by ego). Hence, children can easily manifest sincerity, spontaneity, cheerful and optimistic spirits, generosity, audacity and all-embracing Love. A person who lives by the call of one’s Soul and according to the Almighty’s laws a priori can neither harm his or her neighbour nor even think of any evil deed, because such person understands every human being is Allah’s creature, and the Almighty cannot be pleased when His creatures hurt each other. Thus, the Quran repeatedly mentions that Muslims must be merciful and forgiving, that even the Prophet (blessings of Allah be upon him) cannot judge others since he was sent for admonition only.

Furthermore, it would be appropriate to say a representative of another religion may be and must be considered a person obedient to Allah’s Will, i.e. Muslim, if he or she entirely follows Allah’s behests, for in such case the person’s faith is exactly Islam.

Ayah 3:19 says Islam means submission to Allah. “Indeed, the religion in the sight of Allah is Islam. And those who were given the Scripture did not differ except after knowledge had come to them – out of jealous animosity between themselves. And whoever disbelieves in the verses of Allah, then indeed, Allah is swift in [taking] account.” Quran [3:19]

Besides, let’s refer to the Hadith dedicated to the meaning of the word Islam. [A man] asked, “What is Islam?” The Prophet (blessings of Allah be upon him) said, “[The essence] of Islam is to worship only Allah and nobody else while praying, to pay mandatory zakah, and to keep the fast during Ramadan.”

Opinions of some scholars on the meaning of the word Islam:

Ibn Taymiyyah: “Islam is obedience to Allah, submission to Him, worship of Him, and service to Him…”

“Islam is a religion of submission to Allah. The word ‘religion’ (dīn) itself is derived from ddna, yadinu, which means ‘to obey’ or ‘to submit’. The religion of Islam which Allah Himself enjoined and declared through the Prophets means acceptance of Allah as the only (god). It is nothing but submission, obedience, worship and service to Him alone.”

So, why is the Teaching of Prophet Muhammad (peace and blessings be upon him) named Islam? As it is known, religions and religious teachings are usually named after either their founders or certain nations. For example, Christianity is named after Jesus Christ, Buddhism after Buddha, Zoroastrianism after its initiator Zarathustra, whereas Judaism is named after the tribe of Judas who gave the name to the Judah Kingdom. And so on, and so forth... Yet, the name of Islam has nothing to do with either any person or any nation. The name of this religion indicates a certain quality and shows that the emergence of this religion was not a result of human labour, and neither this religion was given to a separate single nation. The purpose of this name is to show all people that, being Allah’s creatures, they should live in obedience to the Almighty. Everyone who has accepted obedience to Allah becomes Muslim, i.e. obedient to Allah, and the same is said by Igor Danilov in the Unity program: “Islam was given to entire humanity. It was given to unite all mankind.”

THE ESSENCE OF ISLAM

So, Islam means submission and obedience to the Grace and Wisdom of the Creator of the Universe and the Lord of the worlds, submission and obedience with neither objections nor doubts! Allah is the Wisest and All-Knowing, and all creatures exist by His laws! As the Holy Quran says, “to Him have submitted [all] those within the heavens and earth, willingly or by compulsion”. (Ali ‘Imran, 3:83)

This very religion is recognised by the Creator. “Indeed, the religion in the sight of Allah is Islam.” (Ali ‘Imran, 3:19) It’s a religion of submission solely to Allah. Islam means serving only the Almighty Allah and living by His Holy Will! The Almighty says via the Quran: “So if they argue with you, say, “I have submitted myself to Allah [in Islam], and [so have] those who follow me.” (Ali ‘Imran, 3:20)

Still another Hadith says, “A Muslim is the one, whose tongue and hands don’t cause sufferings to other Muslims.” 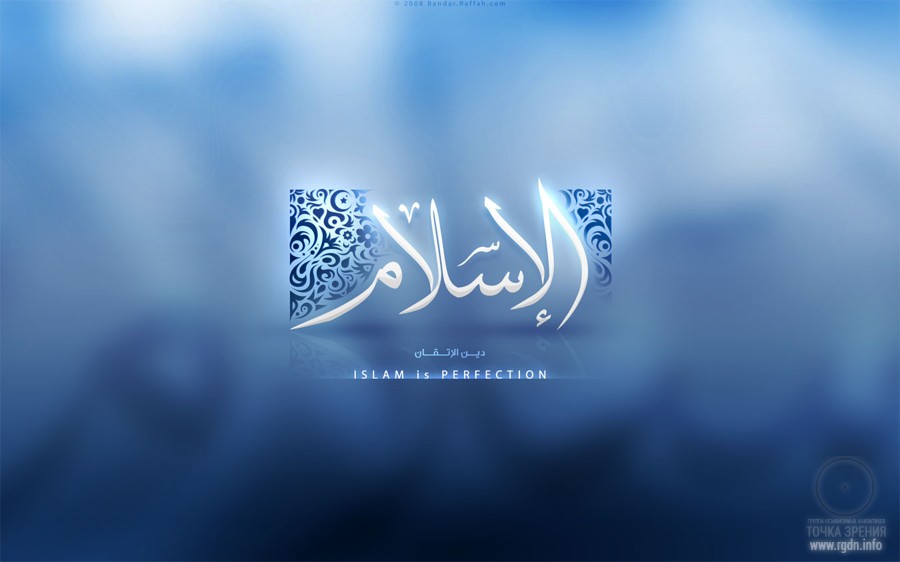 Thus, we can see how in the Unity program Imam Mahdi summons the entire world and, first and foremost, all people faithful to the Almighty Lord, to unite. In other words, Mahdi discloses the genuine essence of Islam and calls upon all believers all over the world for Unity. That is, he fulfils exactly what was predicted in all prophecies and the Hadith – clears and reveals the true idea of every religion, and urges all faithful believers to unite.

May Merciful and Gracious Allah, the Sovereign of the Day of Retribution, grant all of us the greatest benefit of living in Unity with His Holy Will! May the Almighty grant victory to Imam Mahdi and power to good deeds of righteous people faithful to Allah!