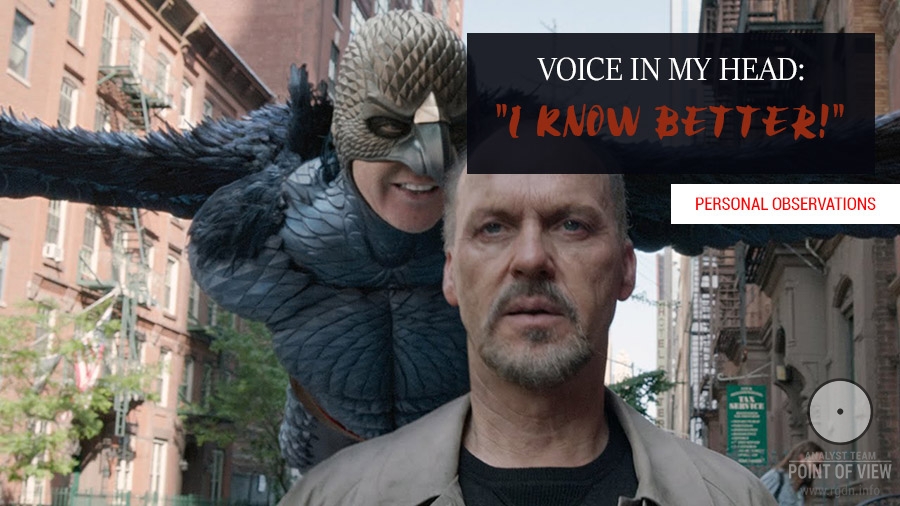 And suddenly a scene arises before my eyes, when one of my friends was telling about the process of his arm recovery after a fracture poor treatment. Bones knitted well, however muscles in the cubital bend became tangibly shorter, thus for a long time he was unable to straighten his arm at all and carried it bent at a 90 degree angle.

Once he came to his physiotherapist for a recurrent examination and started complaining about his unbendable arm, saying nothing helped him. Being an experienced and imposing woman, the physiotherapist asked him point-blank:

“What do you do the make your arm work again?”

“Well, I take all treatments and spend many days in the hospital…”

“And do you do all exercises at home?”

“Really? If you were really doing exercises, the result would be obvious. But there is no result. You may attend our hospital for as long as you like and take several-minute treatments several times a week, but if you don’t work on yourself and regularly stretch your muscles, nothing will change.”

In justice to my friend, he got so inspired with such words that he started exercising immediately after he returned home. And (oh, miracle!) in some 1.5 days of his honest work his arm was bending almost entirely! That was what he proudly demonstrated while telling the story.

I am sitting, writing… and come to understand there is currently no difference between me and my friend when he “worked on himself” only taking the appointed hospital treatments…

I can read plenty of books and watch numerous programs and documentaries… But if I don’t start transforming my energy structure myself, all the tools will remain mere tools which I haven’t managed to apply properly, in line with the indicated action plan.

In fact, ALL tools and accurate guidelines are available, right on the mark: apply this and that, so many times a day. What prevents me from doing this?

And an insight has come: “I KNOW BETTER.”

Every time I start (or plan to start) any truly important or necessary activity, an “interlocutor” appears in my head who persistently whispers to me:

“Oh, no! I’m not going to force my body to do these exercises. So much energy is to be spent! So much pain is to be endured! Let’s rather miss the gym today and have a rest. I feel better what my body needs right now. And tomorrow we will make it up. Tomorrow I will work on myself thoroughly!”

“English can wait for a while. I already have everything in place: lessons are downloaded; dictionaries and textbooks are on shelves… I will still have time to learn it. After all, soon the entire planet will probably speak Russian, and everyone will forget about English. So, why would I study it at all?”

“I know better what to do, and how it should be done. Who needs meditations two times a day?! When will I sleep, rest and work in such case? One time a day is totally enough. And the best thing is to work on oneself dynamically. This would be a permanent practice, a direct way. In such case, I won’t need to seclude myself from the family and spend time on those daily rituals and immersions.”

Later on, when I suddenly find myself in the same “rotten swamp” with extra kilos of weight and without a desired job (for I haven’t acquired English yet):

“Well, I told you, you won’t succeed in anything! Just as usual. You need to do a lot for self-improvement! Go and eat a candy – it will soothe you…”

I’m writing all this and laughing))) Just like in an anecdote:

Oh, this is the same brick!
I haven’t discerned it in the darkness.
Well, I will drop it one more time on my foot.
Yeah, it’s the same…

Just to mention, right before I started knitting I read a post in a social network about Joe Dispenza’s works on how our consciousness influences the reality. His key discovery is that ectocinerea cells are absolutely unable to distinguish the real, i.e. material, from the imaginary, i.e. thoughts.

If several times in succession we steadily react to one and the same situation with one and the same set of thoughts and actions, we develop a sort of a “path” (steady neural link) in our brain, along which the brain will send similar signals again and again, every time we encounter similar situations. At that, it is not important at all whether a given action took place in reality or we only thought about it: the “path” in our brain “kindles in neon light” and a signal is sent to the body to produce chemical reactions relevant for such situation. 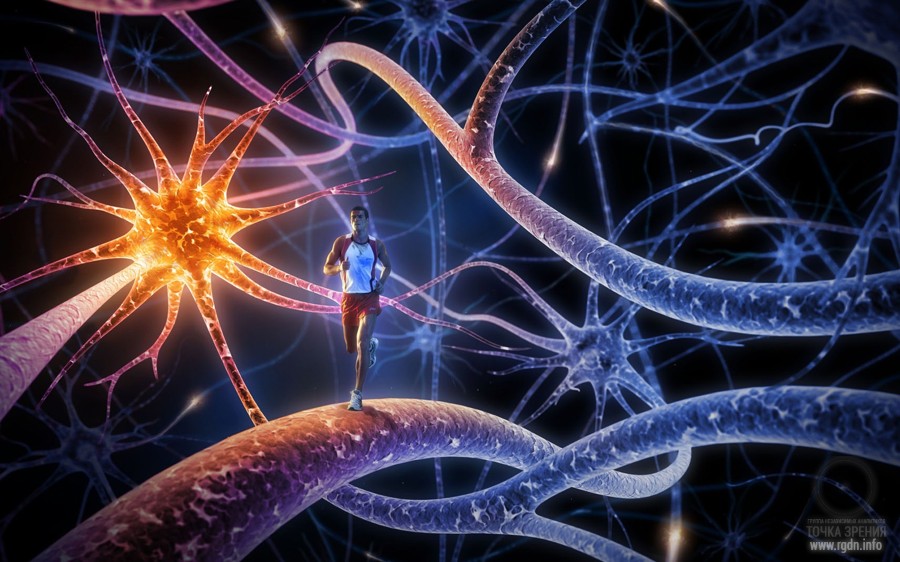 Every emotion is “felt” due to discharge of a certain set of chemical agents into our body, and our organism becomes a sort of “addicted” to such chemical combinations. Being aware of such addiction, we can get rid of it. Only conscientious approach is necessary.

In fact, if a previous experience has not been reproduced for a long time, neural networks dissociate.

This means, no matter what my consciousness whispers to me about knowing better about itself (and it truly knows itself better), I the personality should simply trust the efficiency of the recipe I have – the Primordial Knowledge – and act. I need to develop new reactions, beat new paths in my brain persistently, wilfully and in line with the given guidelines. Not through hardship of fear, doubts and laziness, but straight along the light way of joy and kindness, following the voice of Conscience.

What could be simpler?...

P.S.: I’ve written the above, and the voice is whispering:

“Who really needs your scribble? This was told so many times before! This information is available everywhere. You think you have made a discovery! Don’t even think of sending it – they will shelve it at best.” 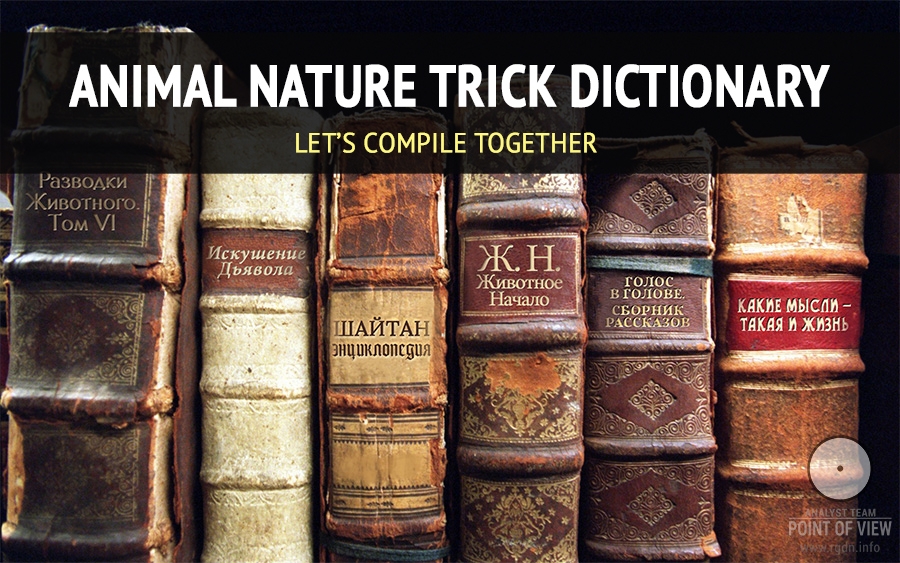 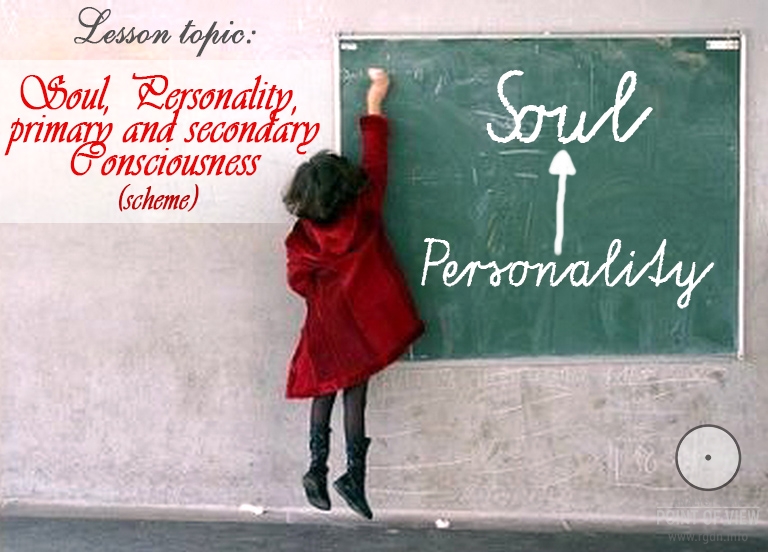 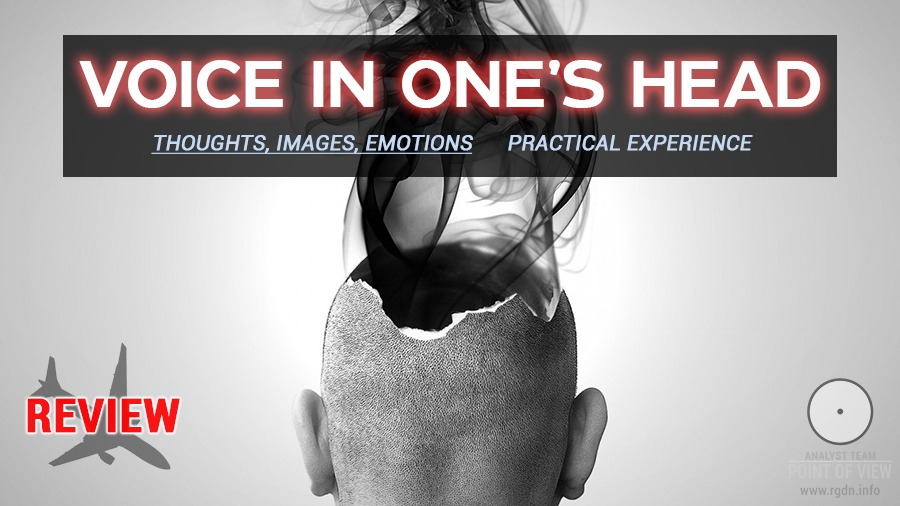