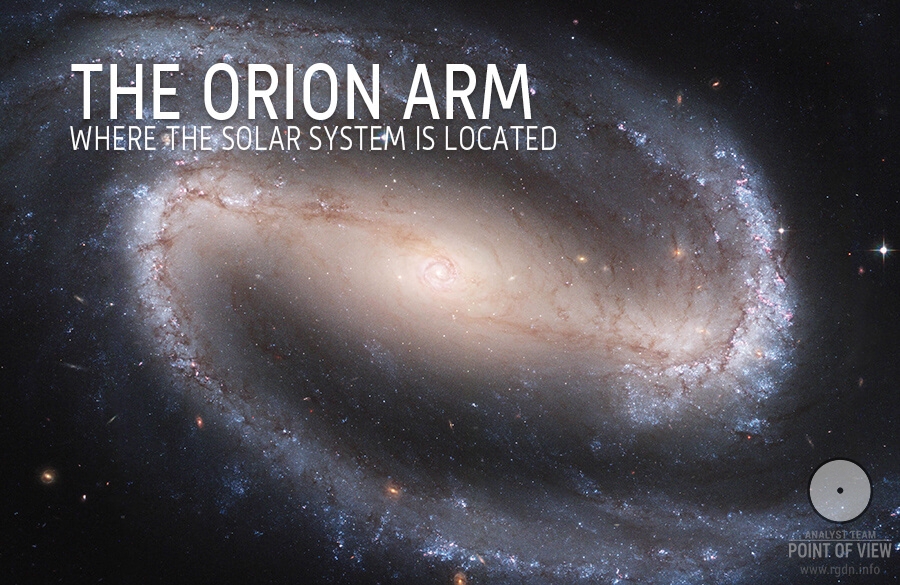 All people could be understood. Material concerns in the society for most of us have overshadowed the desire and opportunity to explore the universe. Only occasionally some of us gain a little spare time and a bit of healthy enthusiasm to try to examine what’s taking place a little higher, in the sky, beyond the conditions of our everyday life.

Listening to an astronomer with his ecliptic, precession and azimuths, one might feel oneself defective. Yet, recently I have read the following news on Wikipedia:

This gives a lot to think about. What could be done in such a situation? Perhaps, we need to take at least little steps and, speaking in the language of mediocre students, try to compose simple arithmetic sequences and sums such as two times two?

WHY IS ORION MENTIONED SO OFTEN?

Beginning to look closer at mythology and history of ancient cult buildings on the planet, one faces an easily traceable pattern of frequent mentions of the Orion constellation. For instance, ancient Egyptians associated Orion with god Osiris, while the unique Pyramids of Giza were built as a terrestrial reflection of this constellation. We could refer to numerous sources, but let’s recall Orion is also mentioned several times in the books by Anastasia Novykh:

... the word ‘Sakh’ had several meanings in Ancient Egypt. ‘Sakh’ meant enlightenment. The same word referred to the constellation of Orion, which they considered to be the king of stars. By the way, Osiris was often called Orion, too… (Sensei of Shambala – Book IV)

... the Orion constellation was called nowise but the soul of god Osiris… (Sensei of Shambala – Book IV)

In the tamga of Shambala Sovereign, the lotus flower is attached to a round monad on which there are three big stones situated in a triangle. They symbolize the Orion constellation from where the little pebble was delivered, and not only… (Ezoosmos)

Imhotep’s Spiritually Free Bricklayers who were still in power had a difficult time when this pharaoh reigned. It concerned also the issue of construction of the third pyramid of Orion’s Belt. Nevertheless, they managed to finish the construction… (Sensei of Shambala – Book IV) 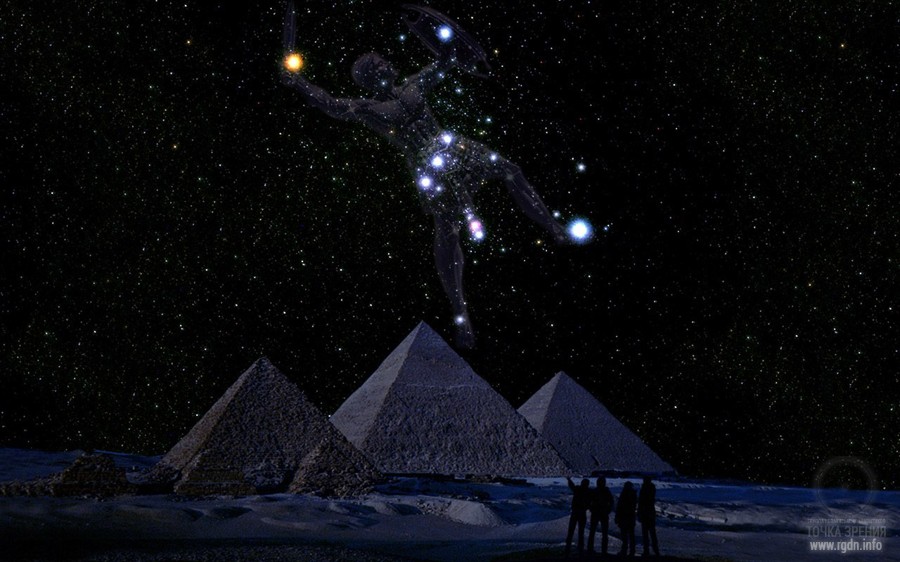 Hopefully, we will later on go back to the most memorable constellation in our sky, but so far, anticipating the planned star tour, I would like to dwell on a single interesting point. All of us know the planet Earth (as a part of the Solar System) is located within the Milky Way galaxy. In the 1980s astronomers suggested that the Milky Way was not an ordinary spiral galaxy, but rather a spiral galaxy with a bulge, meaning its structure contains the so-called arms. In one of such arms, called the Orion Arm, all of us actually have our temporary residence. 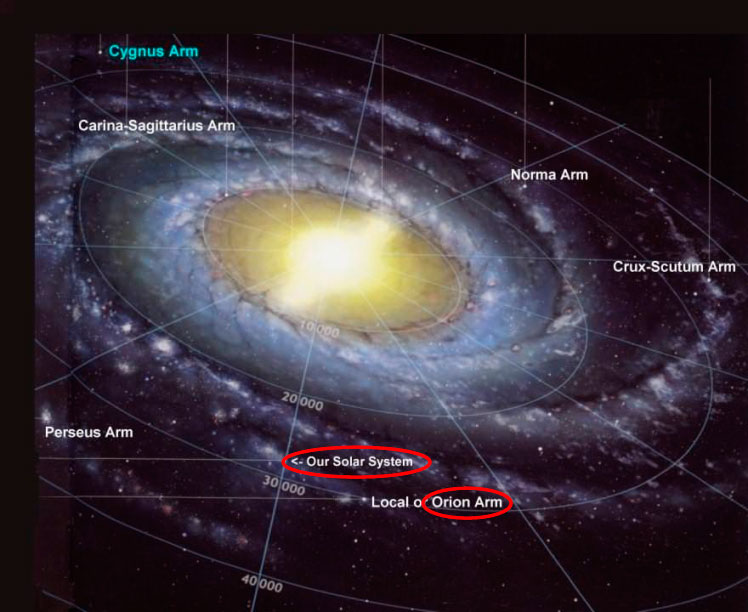 Moreover, there is an image on the web, which depicts the galactic picture under a different visual angle, and there we can discern a relative proximity of another interesting object mentioned in the AllatRa book – the Crab Nebula (М1). Yet, the concept of proximity in this case may be applied at a big stretch, since the nebula is located about 6,500 light years away from the Earth. For better understanding let’s imagine the following: if we launch a ray of light at a speed of 300,000 km per second, it would reach М1 in six and a half thousand years, i.e. circa 8,500 AD. 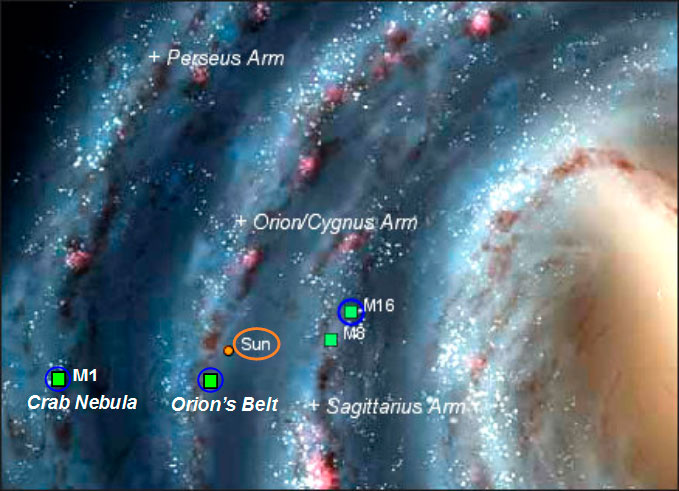 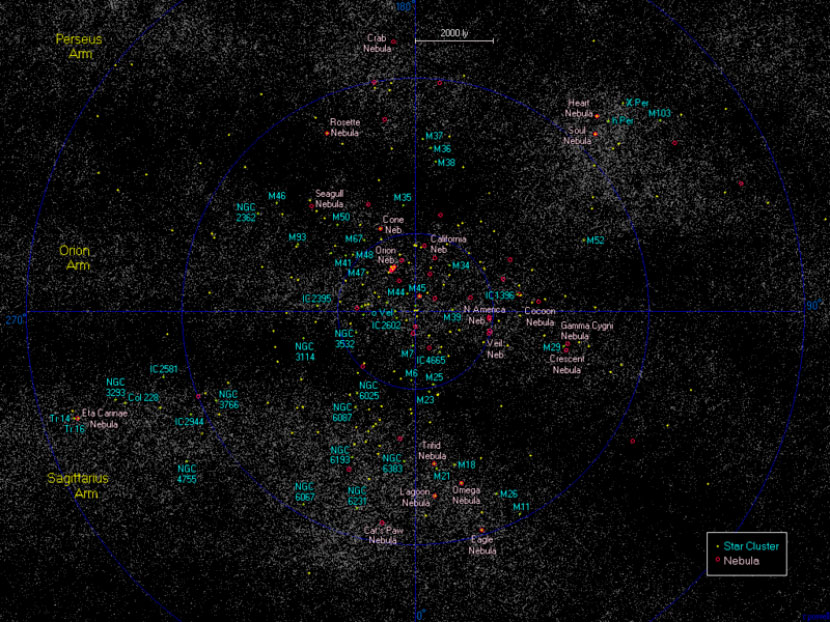 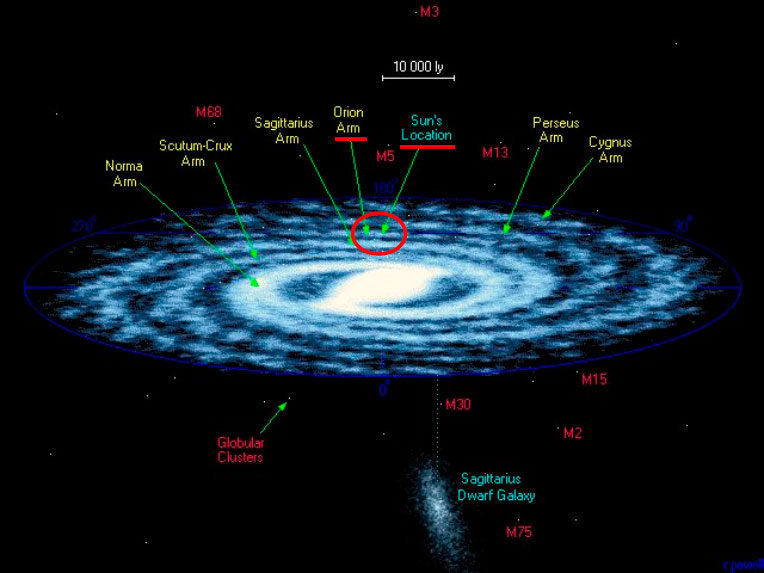 After such impressive images the brightest stars of the Orion constellation (Betelgeuse, Bellatrix, Alnitak, Alnilam, Mintaka, Rigel, Saiph, Hatysa) might seem very close to the Earth. For somebody they may indeed appear close, but as a matter of fact, given the current achievements of modern science, the red supergiant Betelgeuse is ≈ 427-650 light years from our planet. However, the above information clarifies a lot, doesn’t it? 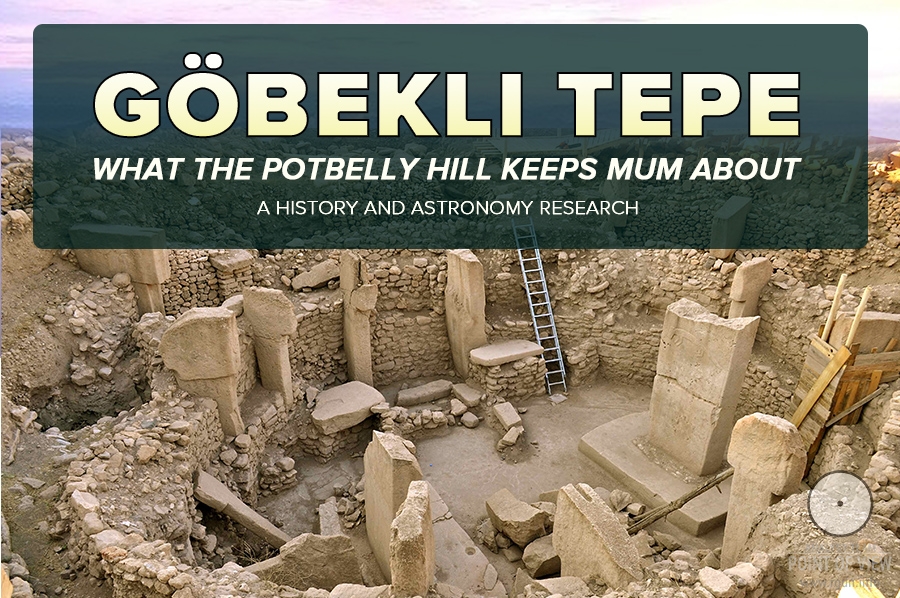 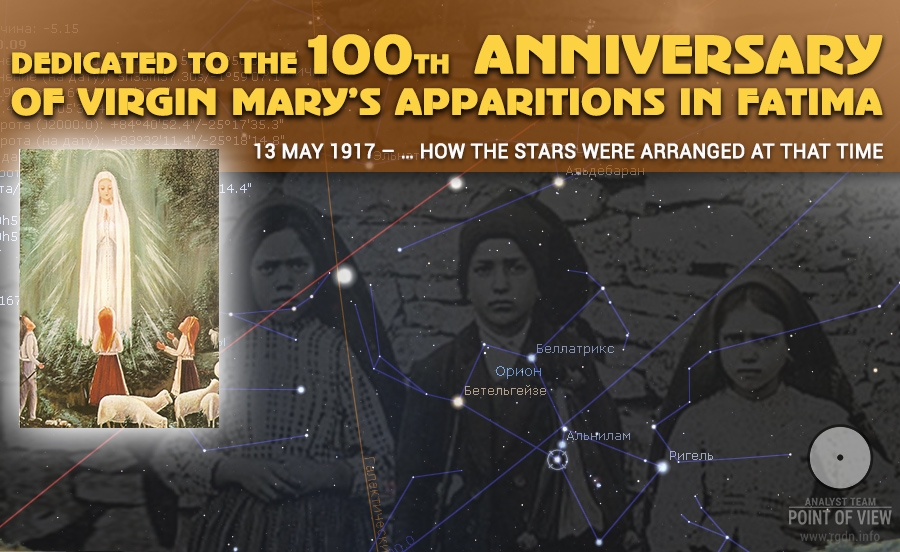 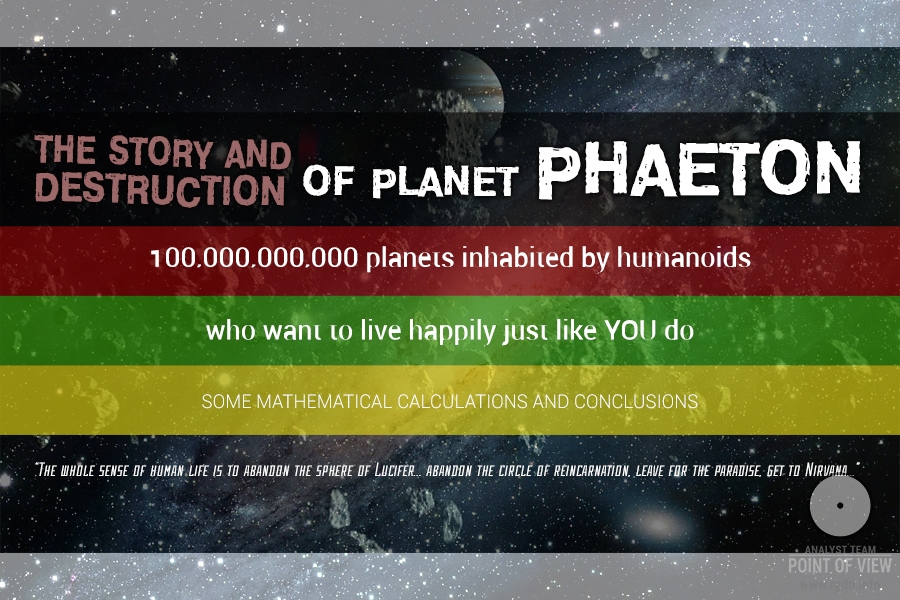 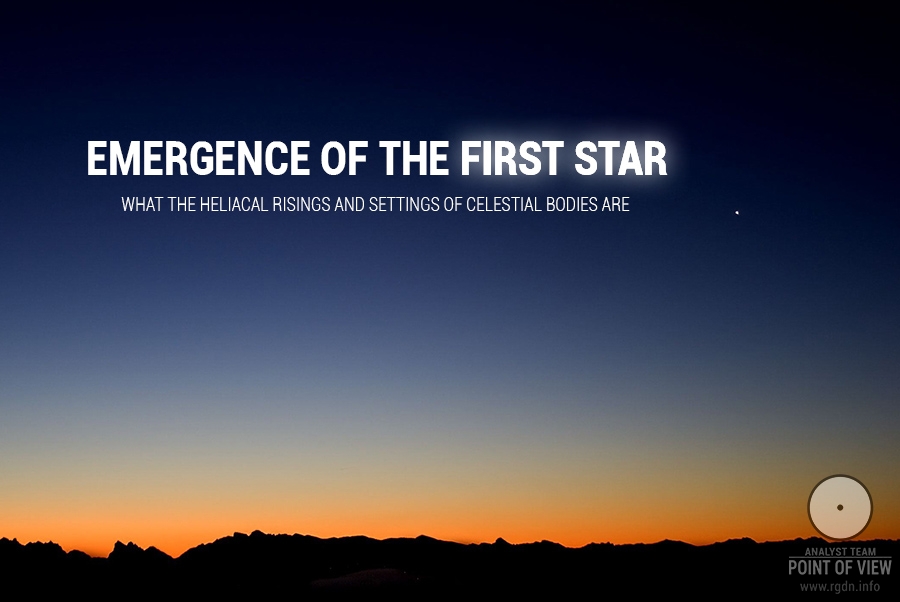