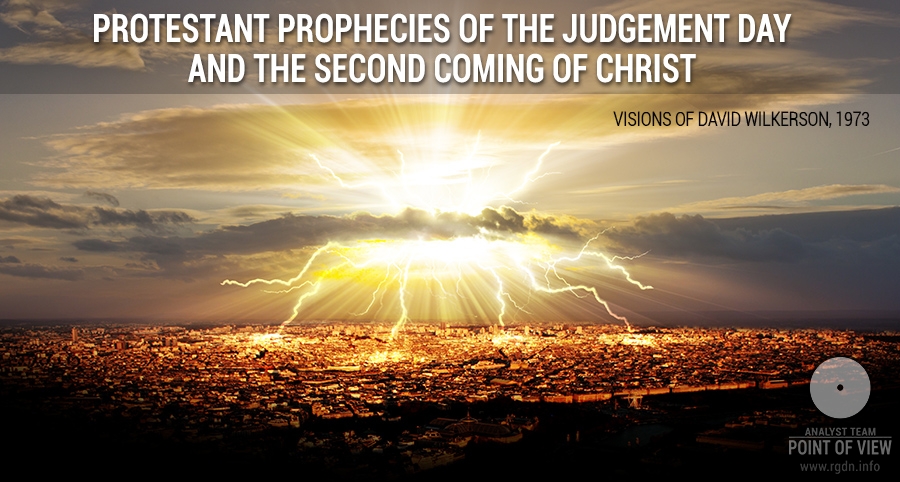 On our website I’ve decided to cite one of Protestant prophecies, which is based on visions of Pastor David Wilkerson received by him in 1973 “from the Holy Spirit Himself” (!), according to Wilkerson’s own assertions. The prophecy is abridged here, since, in my opinion, he went way too far in moral corruption details.

I had this vision in summer of 1973. This was a vision of tragic calamities approaching the Earth. In the beginning I didn’t want to believe in what I saw 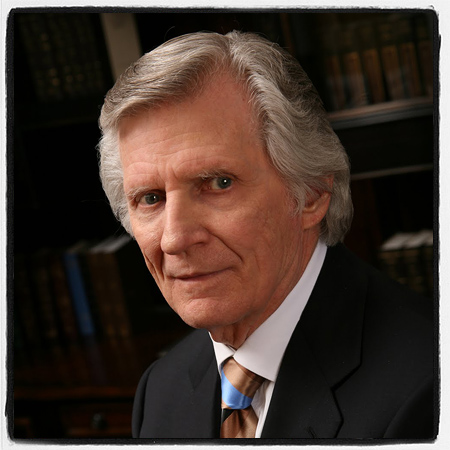 and heard. But the vision repeated every night, and I couldn’t get rid of it. I was afraid most people wouldn’t believe and consider me a fanatic. Who really wants to hear of economic chaos in the times of great prosperity? But I’d like to tell you this world is in front of enormous sufferings, and even now the earth is shuddering of the first burst of God’s wrath. Apparently, almost everyone is wondering what’s happening to nature, morality, and society. Earthquakes, famine, floods and other disasters seem so remote, when you are riding a luxury motor boat on the lake at a high speed. Nonetheless, God forewarns us of sudden actions exactly when they speak about peace and security. The Deluge in Noah times started when people were eating, drinking and getting married, when life was wonderful.

Famine is coming to the world in our generation, and millions will die of starvation. Terrible years are ahead, when drought, floods and other natural disasters will obliterate most of food reserves across the globe. Snowless winters will bring dismal crop production and famine conditions in central and western Russia. India, Pakistan and all the Southeast Asia, and Africa will be especially hard hit. Previously, good years for the crops recouped the needs of bad years, whereas now the situation will fail to improve! There will be too many years of bad harvest in succession, and still worse times will follow.

Floods, tornados, hurricanes and severe hails will happen further more often. People will say nature has got out of any control. Unusual phenomena in nature will make scientists be deep in thought. Volcano eruptions, earthquakes, tarnishing stars, strange heavenly signs, e.g. cosmic storms, all such phenomena unseen before will make people wonder and fear. Haze in the sky will change the moon colour into red and will cause frequent solar eclipses and total darkness.

It will be very difficult to forecast weather: a sudden storm may happen totally unexpectedly; cold may set in southern latitudes, whereas unprecedented heat may come to northern lands. Sharp climatic changes will be accompanied by severe hails when huge hailstones will fall down from the sky, destroying sown areas, cars, houses, and even killing people. Hails will cause enormous damage, and we are still to hear about terrible torrential hails. Almost every weather message will contain such words as incredible, record-breaking, strange, unusual, fantastic, etc. The Holy Spirit has ordered me to warn you such events are approaching, and living conditions will further be worsening.

In the aftermath of famine, floods and earthquakes, mankind faces the threat of new epidemics. There will be a major cholera epidemic sweeping through various underdeveloped countries. India and Pakistan face the threat of untold thousands dying from epidemic and starvation. Malnutrition and concomitant epidemics will be a problem for many nations. There won’t be enough food, medicines and other vitally important means to fight such troubles, and many will die, having received no relevant aid.

We are entering the age when the bitterest enemies for a person will be members of his/her own family. In the next decades teenagers will face apocalyptic crises; they will be living in the world foundations of which are shaken amidst wars, rumours of wars, and human perturbations. Earthquakes, disasters, epidemics, and other shocks will cause fear and consternation in young minds. The day of reckoning will come for parents who have failed to ensure spiritual guidance and eternal hope. Teenagers will be indignant with their parents who have failed to give them what’s really necessary. Those homes will be in trouble where there is neither God, nor spiritual guidance, nor the Bible, nor aspiration for God. Many parents will experience “a thousand deaths” because of their own children’s tragic betrayal. But such children will believe they do this on legal grounds, while many parents have never even tried to find solutions for such situations. They were so much involved in their own problems and hobbies that they simply lacked time to communicate with their children regarding issues of children’s concern. Children had to solve their problems on their own, not having enough strength for that.

Dear friends, listen what the Holy Spirit has told me: “God lets disasters disturb the earth in order to warn everybody that Jesus Christ is returning, and this time is for preparation! The Bible says God will create the new sky and new earth. The old earth will elapse and melt in the burning fire.

Through the Bible God addresses all faithful believers: “When these things begin to happen, stand up and lift up your heads, because your redemption drawing near” (Luke 21:28). Despite earthquakes, famine, plague, hail, fatal heat waves, floods, hurricanes, and epidemics, nature is not out of control! Everything that we now see coming true was clearly predicted in God’s word. Nature is managed and restrained by God, and nothing can overstep the limits, unless God permits. If money loses its value, if economic depression and decline come along with unemployment and fear, if there is inflation and air pollution, if wars and rumours of wars spread around, even if the entire humanity is on the verge of the abyss, for true children of God everything is in the Almighty’s hands! Nothing can harm souls of those who are covered by His powerful wings. – Pastor David Wilkerson, prophecy of 1973.

What could be added to the aforesaid? Nothing, I guess. 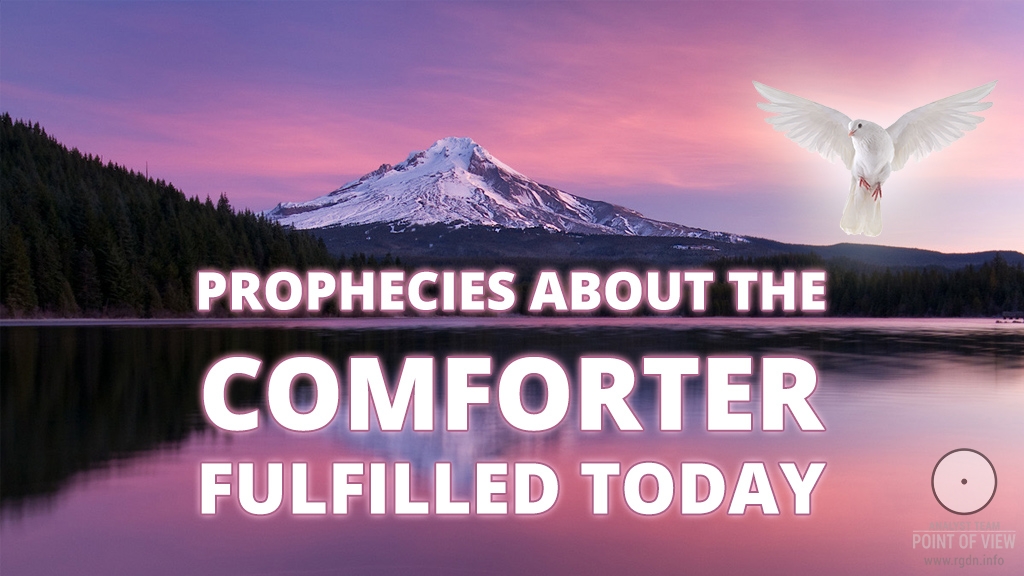 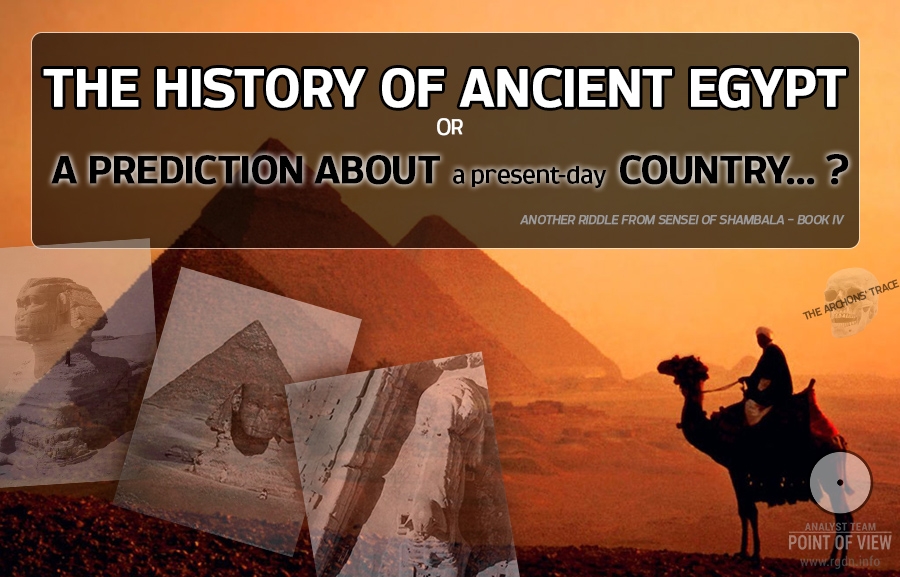 ”Humility means persistent efforts in service to humanity. God is always on duty.”